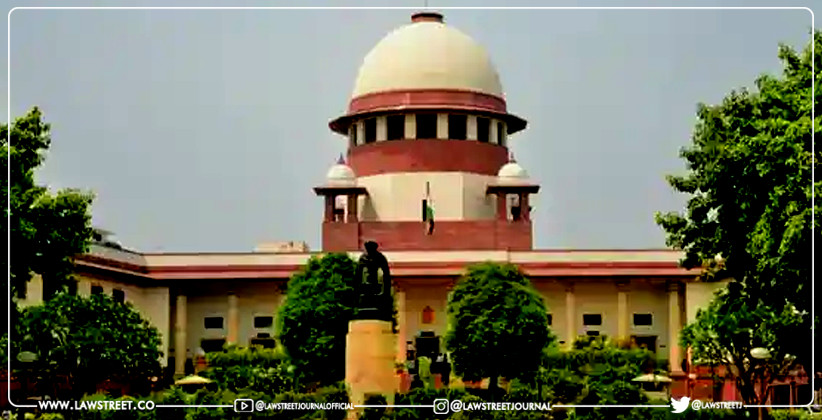 Adv: This is a preposterous plea

J Khanwilkar: They want some documents in sealed cover. What's the issue?

Counsel: Committee is yet to take decision. I'm opposing application as it doesn't specify how security of State is being compromised.

Bench: How do we decide matter of premature release? That is for executive.

Adv: Board is undertaking exercise ...
BENCH: Then let them.

Bench: You may resist application, but how do we take decision, ask them to take a call fast? What is the relief we can grant?

Counsel: Same as granted to two other prisoners ...
J Khanwilkar: That was interim relief. Wrt he's Pointing out something confidential. Can't we see?

Counsel: but report is by joint secretary not HoD.
J Khanwilkar: Is premature release a matter of right? In national security, unless we look at it [the confidential report] we can't say
Counsel: Very well my lords

J Khanwilkar: But then they won't disclose, be confidential

Counsel: Let State Advisory Board take decision
Bench: Very well we'll give that decision and dispose of.
Adv: All I'm saying is that he will not take ...
Bench: Who's saying this?
Adv: Govt
BENCH: Tell on Affidavit you're not able to decide matter. We'll give interim bail.

Adv: Kindly have after vacations.
Bench: Why? We should have good reason.

Order: We direct Adv Board to give reasons why petition for premature release has not been decided ...

Adv: Not asking lordships to direct ...
Bench: then say that on affidavit
Adv: Want to place facts

Bench: You're not doing that.
Adv: Because info from third parties. This matter was asked to be decided within 3 weeks.

Order: Perused appl by State, appl not filled by Advisory Board which has not decided on plea for 4 months. Reasons to be given in sealed cover file thru ..

Order: ... the Advocate appearing for Kerala. List on 19th May.

Supreme Court to hear a plea that raises a concern of Nitrogen Oxides (NOx) pollution.