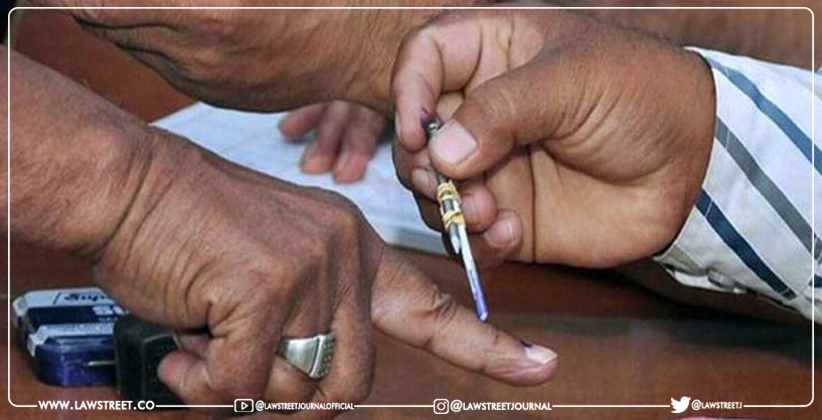 J Khanwilkar: We'll be tagging both matters for further hearing. Reads from operative part of order

Order: Quietus permitted only when bodies dissolved before end of tenure. Here many bodies pending polls.
Thus all are obliged to have newly elected members in all bodies before 5 year ends, incumbents cannot continue beyond six months beyond tenure. This is inviolable.

Order: Reality in State of MP is more than 20k are functioning beyond tenure, this cannot be countenanced.
SEC Exercise for further delimitation at this stage cannot be made legitimate ground to set forth polls duties.

Order: Need to not disrupt governance, cannot go against fire the people by the people of the people.
Direct by way of interim order, to issue polls as per exisiting wards or become coming into force of impugned notification in respect of concerned local bodies, no need to wait

Order: for triple test compliance. People must be governed by newly elected representatives, no provision for OBC as of now need notification.

Order: After exercises completed, future polls can be conducted as such. Notify polls well in time then, else would defeat Constitutional mandate and go against local body governance. Such exercises shouldn't stall due polls, else would create hiatus.

Order: Direct MP to proceed on notional basis and go by wards as in date when polls were due to be called. Do so in 2 weeks, State to extend logistical assistance
Backward class comm report, we won't intend to examine it comment on it, that by itself is not triple test compliance

Order: Exercise of collation of emotional data after which recomendations for delimitation to be made. State can only act thereafter.

Order: SEC need not wait any further, but notify polls without any further delay. 23k + local bodies due for polls.
Overlooking the same would be violation of our earlier orders, reservation can be limited to Constitutional provisions for now.

Order: We make it clear and direct SEC must implement this interim order uninfluenced by any other fora, their orders superceded.
As requested by SG Tushar Mehta, we place on record all steps will be subject to outcome of proceedings.

Supreme Court orders local body polls in Madhya Pradesh, due for over two years, without OBC reservation. State election commission has been directed to notify polls within 2 weeks. More than 23,000 local body seats are currently vacant in MP.

SC directs Madhya Pradesh state election commission to start process for holding election to 23,400 local bodies and issue notification within two weeks. It makes it clear that OBC reservation be not provided as triple test formalities have not been completed by the state.

SC rules government and election commission cant defer polls for local bodies to complete de limitation process and to fulfill the triple test criteria for OBC reservation. It says its is constitutional obligation of all authorities to hold polls before expiry of five year tenure