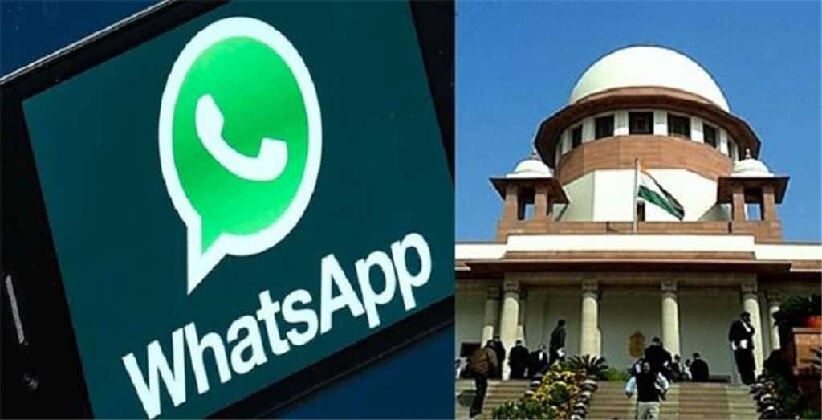 On Friday 10 July 2020, the Supreme Court permitted the use of instant messaging services such as e-mails, WhatsApp, Telegram, and fax for serving summons and notices.

The matter was heard by a full bench headed by Chief Justice of India S. A. Bobde and comprising Justices A. S. Bopanna and Subhash Reddy.

“It has been brought to our notice that it was not possible to visit post offices for service of notices, summons, and pleadings. Such service of all the above may be done through email, fax, and other instant messenger services like WhatsApp and other telephone messenger services,” said CJI Bobde. However, refusing the request of Attorney General K. K. Venugopal for categorically naming WhatsApp as a mode of serving notices, he said that it is not prudent to specify WhatsApp only.

The Attorney General, on 7 July 2020, had told the court that the Central Government had reservations about using messaging apps such as WhatsApp and e-mails for the purpose of serving summons and other notices. Even though the service providers claim the transacted messages to be encrypted, in reality, they are not, he added.

Apart from this, the Court also permitted Reserve Bank of India for extension of cheque validity, in light of the ongoing COVID-19 pandemic.

Senior Advocate V Giri appeared on behalf of RBI. He told the bench that he had circulated a note under Section 138 of the Negotiable Instruments Act, regarding the validity of a cheque, as directed on the previous hearing.

Citing Section 35A of the Banking Regulation Act, CJI Bobde had stated during the last hearing that it is inappropriate for the Court to interfere in matters relating to such deadline, hence, it would be up to the RBI to decide on the extension of the deadline for the validity of cheques.

Earlier on 7 July 2020, Senior Advocate V. V. Giri appeared before the Court in this matter and submitted that RBI was looking to clarify the cheque validity which had been reduced to 3 months from 6 months. He also sought permission to make submissions on behalf of RBI in a one-page note dealing with the question limited to the validity of cheques.

Subsequently on 10 July 2020, a consolidated reply was filed by AG on behalf of the UoI detailing its stand on several IA’s with respect to limitations pertaining to Section 29A and 23(4) of the Arbitration and Conciliation Act, 1996, Section 12A of the Commercial Courts Act, 2015, Service of all notices, summons and exchanges of pleadings, Clarification with regard to the earlier order dated 23 March 2020 and Extension of limitation under Section 138 of the Negotiable Instruments Act, 1881.

AG Venugopal said that the period for delivering Arbitral Award (1 year) is not a limitation period as such, and can be extended due to the COVID-19 pandemic under Section 29A till further orders. The same would apply to service of statutory notices, summons, and pleadings, he added.

The IA filed by HDFC Bank stated that in case the extension period is increased, the bank will have to take Letters of Acknowledgement (LADs) from thousands of borrowers, where the limitation is already expired during the lockdown or is about to expire, to which the Union replied that the entire period of lockdown should be excluded in such cases.

Citing the order passed in Harsh Nitin Gokhale vs. RBI, the Union mentioned that RBI was the only appropriate body to deal with matters regarding extension of limitation under Section 138 of the Negotiable Instruments Act, 1881.