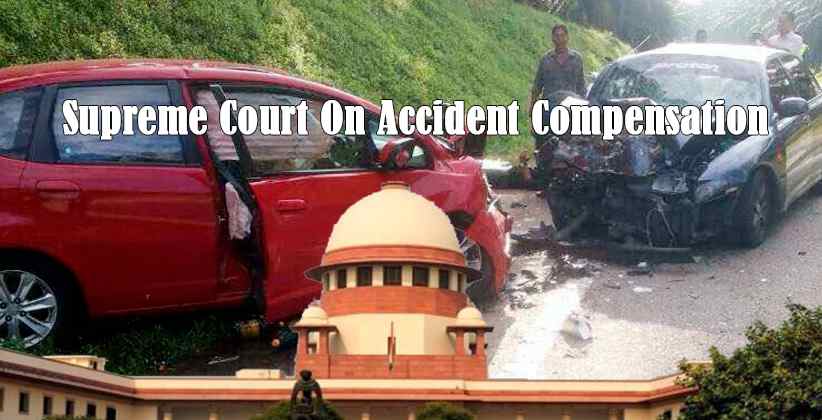 The apex court recently said that the future of the victim involved in the accident, based on their likely advancement in life and career, must be a driving factor in applying the multiplier method in deciding the compensation in a motor accident.

A three-judge bench of the Supreme Court, consisting of Justice Sanjay Kishan Kaul, Justice Ajay Rastogi, and Justice Aniruddha Bose noted the aforementioned, after allowing an appeal and judging the appellant to be qualified for compensation that included simple interest from the date of application till the date of payment.

The appellant, E. Priya, was afflicted by a disability of 31.1 percent of the whole body in 2011. That year she underwent an accident with a lorry during her travel. She then took the matter before the Motor Accident Claims Tribunal, Madurai, citing Section 166 of the Motor Vehicles Act, 1988.

Taking into consideration the nature of the disability, the Tribunal used the multiplier method to compute the loss of earning power and made the State Corporation liable to pay Rs 35,24,288 interest at 7.5 percent per annum from the date of petition till the date of full payment.

The State Corporation appealed to the High Court in opposition to the order which was partly allowed and the court decreased it to an amount of Rs 25,00,000. The compensation was reduced on the ground that the calculation method was incorrect, due to the fact that the question of how the injuries that were suffered by the appellant would have affected her earning capacity as a software engineer remained unanswered.

Following the decision, the victim then challenged the high court’s order and contended that her compensation must be increased even more than the one instructed by the Tribunal.

The Supreme court, allowing the appeal, came to a decision that the victim will get a sum of Rs 41,69,831 as compensation claimed by her, condition to simple interest at the rate of 9 percent per annum from the date of application till the date of payment.

The court cited the case titled Sarla Verma and Others vs Delhi Transport Corporation and Another, wherein it was held by a constitution bench that in the age group of 15- 25 years, the multiplier has to be 18 along with factoring in the extent of disability.

In the instant matter, given that this position was not argued by counsel for the respondent, State Corporation, the court judged that the multiplier to be applied in the case of the appellant has to be 18 and not 17.

The Court hence found reason in the argument of the victim and observed that future prospects must be taken into consideration in this case. Taking the case of the appellant with a permanent disability of 31.1 percent, the quantification of the same on the basis of the judgment in National Insurance Co. Ltd. case, considering the age of the appellant, would be 50 percent of the actual salary.