Home Judiciary Hindu Plaintiff to SC: Places Of Worship Act Not Applicable; Gyanvapi Not A Mosque; Property Continues To Vest With Deity
Judiciary

Hindu Plaintiff to SC: Places Of Worship Act Not Applicable; Gyanvapi Not A Mosque; Property Continues To Vest With Deity 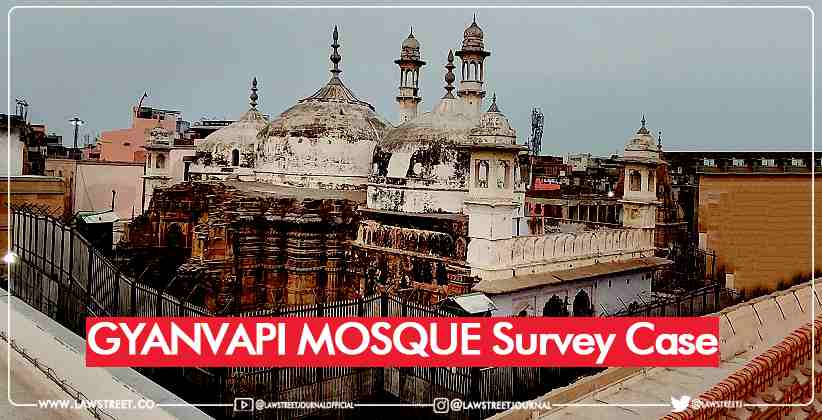 The Hindu plaintiffs in the Varanasi Civil Court have filed a reply in the Apex Court opposing the Masjid Committee's Special Leave Petition (SLP) challenging the Civil Court's directives for survey and sealing of the mosque land (Committee of Management of Anjuman Intezamia Masjid Varanasi & Ors. v. Rakhi Singh).

They claim that because Aurangazeb did not create a Waqf when he dedicated the property, it does not qualify as a mosque under the terms of the plaintiffs' reply, which was filed through Advocate Vishnu Shankar Jain. It is declared that the property has vested with Adi Vishweshwar since thousands of years ago and had also been forcibly taken by Aurangazeb.

"The property in question does not belong to any Waqf. The property had already vested in deity Adi Visheshwara lakhs of years before the start of British Calendar year and is continuing to be the property of deity. No Waqf can be created on the land already vested in a deity. In the historical books written during the Mughal regime and thereafter, even Muslim historians have not claimed that Aurangzeb, after demolishing the temple structure of Adi Visheshwara, had created any Waqf, or that thereafter any member of the Muslim community or ruler dedicated such property to Waqf, "a reply adds.

It has been argued that the building is not a mosque:

"The alleged Gyanvapi Mosque is only a structure and cannot be regarded as a mosque." The other aspect is that the disputed construction has not been erected over any Waqf property. The principle of waqf by the user cannot be applicable as the alleged GyanVapi Mosque was constructed after demolishing a Hindu temple after 1669 at the same very place and the date of construction of the alleged mosque is well known".

The claimants claim that Aurangzeb erected the edifice after demolishing the temple, based on historical evidence. It is maintained that a mosque cannot be defined as a building built by a Muslim king or Muslim on the territory of a temple. In order to establish a waqf, the owner of the land must be the wakif. Because the land and goods belong to the deity "from time immemorial," there can be no mosque in the area, the plaintiffs argue.

Since there is no issue of modifying the structure's religious character as a result of the actions, the plaintiffs argue that the bar set out in the Places of Worship (Special Provisions) Act 1991 does not apply, as it has always been a Hindu temple.

"That to find out the religious character of the property in question, one has to take into consideration the historical and religious background of the entire Avimukt Area and also the nature of construction raised by Muslims thereat and the fact that deities continued to exist within the building complex, being worshipped by devotees and the sentimental attachment of the devotees with the deities and the Asthan and the fact that worshippers have been undertaking Panch Kosi Parikrama daily around the entire building complex, performing all the rituals."

In light of this, the plaintiffs contend that the subject property is still being used as a Hindu temple.

"...it is abundantly clear that the property in question has uninterruptedly continued the character of Hindu places of worship. Therefore, section 4 of the Places of Worship Act can be applied in favour of the temple and devotees, " they argue.

It is stated in Section 4 of the Public Welfare (P.W.) Act that "religious character" is used in Section 4 to signify that the temple or mosque should have been built in accordance with the teachings of that religion without encroaching on territory belonging to another faith.

According to them, the property's religious character must be established before deciding on the mosque management's application under Order 7 Rule 11 CPC for rejection of the petition.

The 'alleged Gyanvapi Mosque' was allegedly built by the Mughal emperor Aurangzeb after his administration razed a piece of Varanasi's Adi Visheshwar temple in compliance with his orders to destroy several temples.

In the supposed GyanVapi Mosque, which is said to be built on the site of the ancient Kashi Vishwanath Temple, Hindu temple ruins may be seen on the walls. The answer reveals. "Shiva devotees, as well as Hindus in general, have been cited as followers of the deities at the property in question."

The Muslims did not acquire any ownership rights to the property in question. For the simple reason that the land belongs to the deity, none of the Muslims have so far devoted the land to God. Due to foreign domination, the temple was damaged, but "the right of the deity over property is never lost and worshipers' rights to perform pooja of the deity and the Asthan are safeguarded under Hindu Law," the plaintiffs have asserted in court.

A letter from the then District Magistrate, Mr. Watson, to the presidency council in December of 1810 recommending that the GyanVapi area be handed over to Hindus has also been mentioned.

A three-judge panel: Justices Chandrachud, Kant, and Narasihma will take up the matter today at 3 PM. When it came to namaz and other religious rituals, Muslims had been concerned that a Civil Court order protecting the alleged location of a Shivling would interfere with their right of access to mosques. The Supreme Court overturned that decision on May 17.