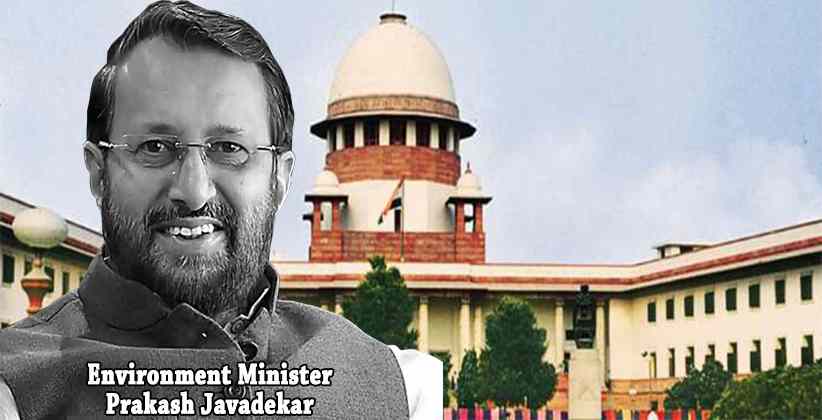 The Chief Justice of India SA Bobde on February 19, 2020 enquired if the Environment Minister, Prakash Javadekar could come to the Supreme Court and elaborate more on the proposal regarding the introduction of non-polluting vehicles which would run with the help of electricity or Hydrogen. While the Additional Solicitor General, Atmaram Nadkarni objected by stating that the visit of the concerned Minister to the Apex Court would be misinterpreted by merging it with an ulterior political motive. To which, the CJI clarifies by saying that the mere invitation of the Minister to the court is not a summons by the SC. He further added the Environment Minister has given and projected statements regarding the use of non-polluting CNG (Compressed Natural Gas), Electric Vehicles. He would like to tell us of his projects. This should not be treated as an indictment or an order from the court. It's better to meet him since officers may be responsible but might not know the whole picture.

The Court further noted that the issue of pollution always falls back to the source of fuel used in public or private transport, which affects the environment and not only in the nation’s capital, Delhi but in the whole country.

The bench was headed by the CJI Bobde where he took into account the fact that the minister has been talking about using alternative fuel in private or public transport and hence the court would like to interact about the same.

"Your minister talks about it. We would like to hear him. Somebody responsible should come," the bench, which also comprised of Justices B R Gavai and Surya Kant, told the ASG A N S Nadkarni.

The law officer, on the behalf of the government, stated that if the court’s order is passed, it can be used for political purposes and grudges. "We are not doing it at his instance. We know (Prashant) Bhushan is a political person," the bench said. Bhushan was arguing for a PIL filed by NGO CPIL and others for implementing the 2012 Electric Vehicles policy prepared by the Niti Aayog.

"Let's sort it out. We will discuss with the highest authority," the bench said. The bench has posted the matter to consider after the duration of four weeks, stating, “We would like to consider the issues related to EVs with the assistance of an authority empowered to take decisions.”