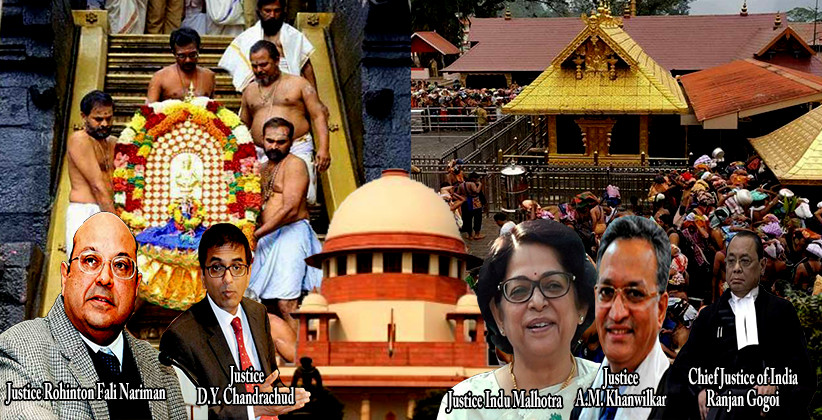 The Supreme Court today (November 14, 2019) referred to a larger bench a batch of review petitions against its September 2018 verdict allowing entry of women of all age groups into the Sabarimala temple.

The popular verdict resulted into a series of protests across the state. In total 56 petitions were filed seeking review of the top court's order. The Court had heard the review petitions and writ petitions in open court before reserving its verdict on February 6 this year.