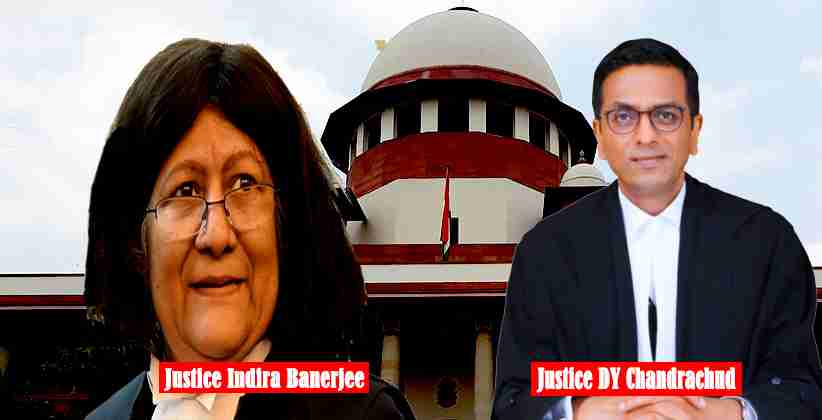 A bench comprising of Justice DY Chandrachud and Justice Indira Banerjee of the apex court reiterated that the mere inclusion of candidate in a selection list does not confer upon them a vested right to appointment. In the current case, the candidate participated in the selection process to the 2013 batch of Constables (Executive)- in Delhi Police (male). When the results came out first, they were declared to successful in the first round but when revised results came, they were removed.

They filed before Central Administrative Tribunal which dismissed their OA. They then reached the Delhi HC which ordered their respective appointments. The apex court said that the real issue was whether the HC was correct in issuing the writ of mandamus. The court noted the fact that the declaration of the revised result was done before the appointment letter since the entire process of recruitment had been put in abeyance. The bench said that the HC committed a grave error by issuing mandamus.

The apex court also relied upon the case of Punjab SEB V. Malkait Singh (2005) 9 SCC 22 in which the court observed that the mere inclusion of candidates in a selection list does not confer upon them a vested right to appointment. The court also noted that the results were revised due to some irregularity and this has become damnation of recruitment and is ultimately resulting in litigation across the Indian Courts.

The apex court also told in its judgment that “The respondents have participated in the selection process and upon the declaration of the revised result, it has emerged before the Court that they have failed to obtain marks above the cut-off for the OBC category to which they belong. We accordingly allow the appeals and set aside the judgments of the High Court dated 6 December 2018 in Writ Petition (Civil) No.10143 of 2017 and 19 December 2018 in Writ Petition (Civil) No.13052 of 2018. Both the Writ Petitions shall stand dismissed. There shall, however, be no order as to costs”. The name of this current case is Commissioner of Police and Anr. Vs. Umesh Kumar.