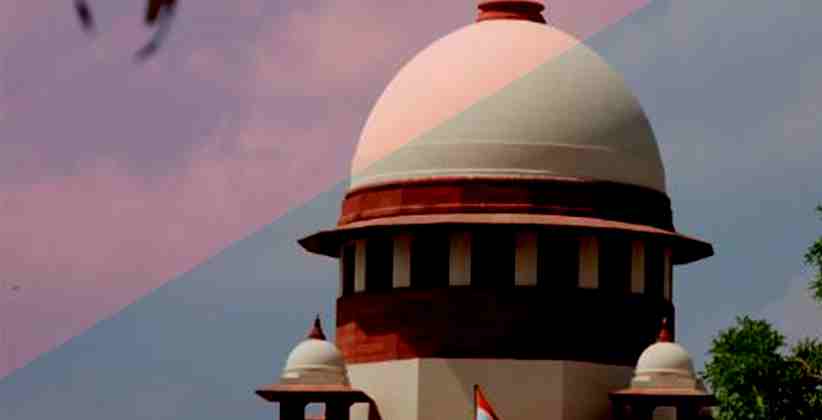 May 5th, 2020: The supreme court rejected a plea filed by a former Director-General of Police of Uttar Pradesh, seeking to quash all FIRs registered against ordinary citizens for violating the COVID-19 guidelines amid lockdown.

The plea incorporated the idea to judicially superimpose all FIRs enacted against violators for petty offenses during the period.

Section 188 of the Indian Penal Code was relied upon by the government and its officers to book individuals violating the norms mandated to fight the virus.

The said provision of IPC necessities punishments, much like many other provisions of the code, in two segregated levels, depending on the gravity of the offense.

If the violation of the quarantine norms is generally harmless and not too grave in nature, then the act could attract a jail term of up to one month or a fine of two hundred rupees, or both.

If the violation imposes a threat to life or puts another in danger, then the violator can be imposed with a jail termof up to six months or a fine of a thousand rupees or both.

The plea was filed by petitioner Mr. Vikram Singh, former Director-General of Uttar Pradesh police and the current chairman of the Center For Accountability And Systematic Change - a Non-Governmental organization.

The petitioner was represented by two lawyers, Mr. Gopal Sankaranarayanan and Mr. Virag Gupta, who raised the issue via teleconferencing before the court.

The plea sought directions asking various states under the Disaster Management Act,2005 to not book violators under Section 188 of the Indian Penal Code for por other provisions of law for petty offenses, as long as the lockdown is in place.

The NGO headed by the ex-DGP presented data showing that more than Eight Hundred and Forty-Eight FIRs have been registered across fifty Police stations in Delhi within a period of twenty days.

Moreover, the Uttar Pradesh governmentinformed through its Twitter handle that Fifteen Thousand Three Hundred and Seventy-Eight FIRs have been registered for offenses under Section 188 within the state. The pleas asked for the court to consider these numbers and the voluminous task of documentation which lies ahead of the executive and judicial authorities in the future.

Nevertheless, the Bench headed by Justice Ashok Bhushan rejected the plea citing the importance of Section 188 and supplementary provisions and how they are pivotal for the imposition of the lockdown.