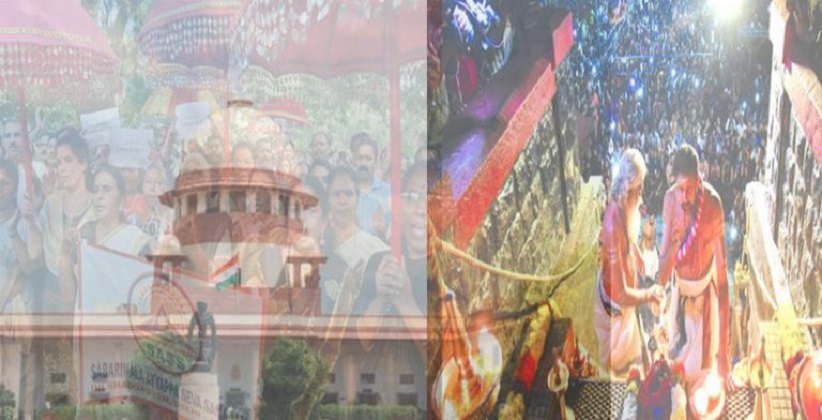 Justice Indu Malhotra, who is one of the five judges on the Bench of Supreme Court of India slated to hear the matter confirmed in open court when she said she will not be available on the regular Bench on Wednesday and Thursday next week as she will be hearing the Sabarimala case.

In total 49 review petitions have been filed for this case. These review petitions were first listed for an in-chamber hearing on November 13 before the Bench of CJI Ranjan Gogoi and Justices Rohinton Nariman, AM Khanwilkar, DY Chandrachud and Indu Malhotra, therefore Bench had initially agreed to hear the matter in open court on January 22, 2019.

However, the hearing was postponed because it was not cleared whether Justice Indu Malhotra would be available on the said date owing to her being on medical leave.

A Constitution Bench of the Chief Justice Dipak Misra and Justices Rohinton Nariman, AM Khanwilkar, DY Chandrachud, and Indu Malhotra had, by a 4:1 majority, struck down Rule 3(b) of the Kerala Hindu Places of Public Worship (Authorisation of Entry) Rules, 1965 which was the basis for barring entry of women between the ages of 10 and 50 years into the temple.

Because of this judgment, there were many consequences in the State of Kerala, BJP, as well as the Congress Party who were opposing the verdict which also led to violence in and around the temple.

Due to which Fresh writ petitions challenging the judgment have also been filed which has been listed along with the review petitions.