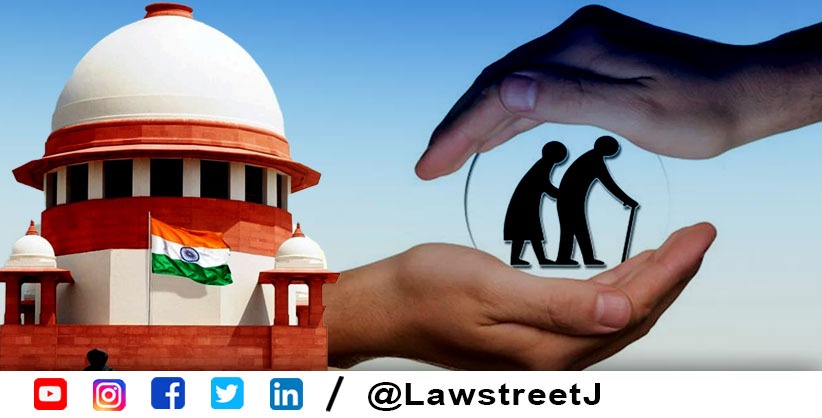 NEW DELHI: The Supreme Court has sought details from all States and Union Territories on welfare schemes for the elderly with respect to pension, old age homes in each district and level of geriatric care provided to them.

A bench of Justices Anirudhha Bose and Sudhanshu Dhulia said the report of the States should also disclose the present status as regards implementation of the Maintenance and Welfare of Parents and Senior Citizens Act.

“We direct that schemes operating for the welfare of the elderly with respect of (i) pension for the elderly, (ii) old age homes in each district and (iii) level of geriatric care ought to be produced before us," the bench said, while hearing a plea by former Union Law Minister Ashwani Kumar for setting up of old age homes with basic healthcare facilities across the country.

The court fixed the matter for hearing in January, 2023.

In his plea filed in 2016, Kumar, the Congress party leader, claimed most of the large number of aged people were living in poverty, without any roof over their heads or proper clothes and food.

He also sought effective implementation of the Maintenance and Welfare of Parents and Senior Citizens Act, 2007.

He had said there were several central laws and schemes for their welfare, but all these were either not implemented or had become defunct. The budgetary allocation for their welfare has also been paltry.

Kumar had referred to a report of the parliamentary standing committee on the concerned department dealing with the demand for grants for 2015-16, saying the amount allocated as the budget estimate stage was Rs 50 crore in 2014-15 which was cut down to Rs 25 crore at the revised estimate stage and only Rs 10.45 crore was utilised.

He said adequate number of old age homes has to be established in the country and direction be given to maintain and operate such homes with adequate standards to enable the elderly live their life with dignity and in accordance with section 19 of the Maintenance and Welfare of Parents and Senior Citizens Act, 2007 (MWP Act).

The plea has contended there was lack of basic amenities such as shelter for the elderly and the policies framed by the government have not addressed the basic issue.

It has sought implementation of Integrated Programme for Older Persons scheme to protect and provide adequate safeguards to the aged in accordance with Article 21 of the Constitution.

He also sought the establishment of full-time Tribunals in every state as mandated under the MWP Act, to look into applications for maintenance made by senior citizens.