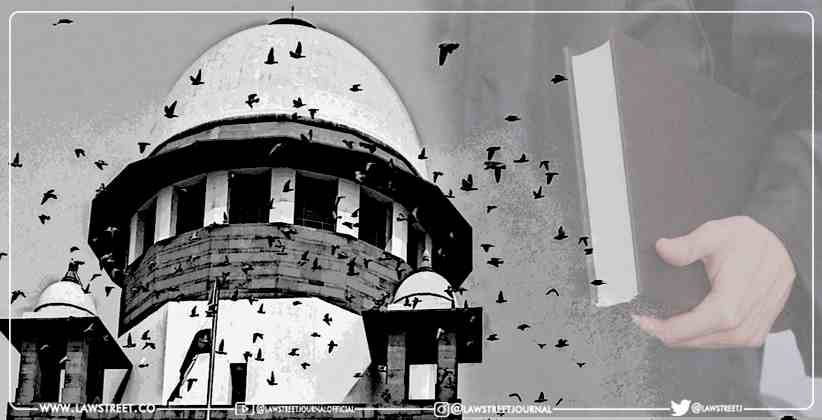 Supreme Court is hearing pleas related to conferring of senior designation to lawyers using "arbitrary and discriminatory" secret voting as a norm by some High Courts.

Court: We won't say anything now.. let the Solicitor file a response.

Counsel for Punjab & Haryana HC seeks for the court to hear the plea today itself.

Court: But what the Solicitor says will have a bearing.

Sr Adv Indira Jaising: All I want to point out is.. Prayer 12.. on the question of cut-off marks, I leave it to the court.

I would just request my lord to reflect on it.

Court: our difficulty is.. these are the very issues which may arise.. apropos those SG has sought time.

Court: We will grant only prayer C, it arises on the text of that judgment.

At this stage, Prayer C has been pressed. In her submission, there may be counsel with 17 or 19 years of practice but going by the judgment both counsel would be..

Court: .. allocated 10 marks. In her submission, one mark each be allotted for practice.. on the other hand, those with more than 20 years of practice regardless of no. of years in excess would still be entitled to only 20 marks.

Court: SG has prayed for sometime to put in the response according to his oral submissions the very concept of allocation of marks and interview may require reconsideration.

Since the issues raised by SG may go to the root of the entire controversy.

Court: We permit response by Monday, 9 May.

Counsel for various parties at liberty to put in their responses to the SG's submissions within two days thereafter.

Matters will be heard on Thursday.

Court: However, we see no reason to defer Ms. Jaising's plea in prayer C. We therefore, clarify.

Instead of 10 marks to be allotted to a counsel who has put in 10-20 years of practice. The marks be allotted commensurate with the standing of the person at the bar.

Court: This modification shall be effective from the date of this order.

Court: The other prayers will be taken up on Thursday.

Supreme Court hears an application to fill a TDSAT vacancy