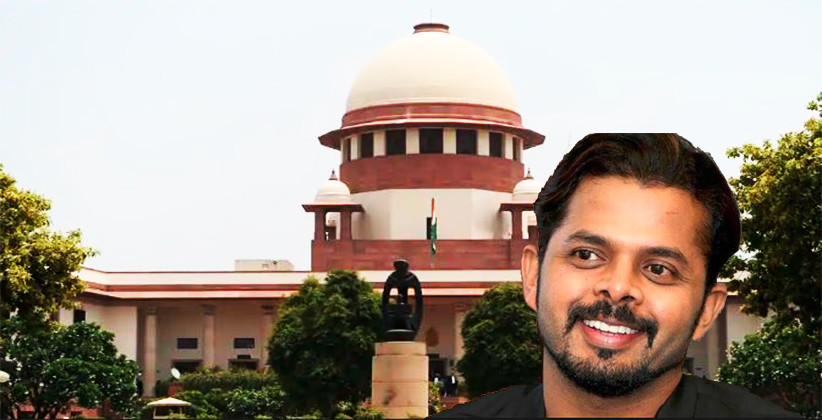 The Supreme Court today (March 15, 2019) set aside the life ban on former Indian cricketer S. Sreesanth in a case of spot-fixing and asked the Board of Control for Cricket in India (BCCI) to re-examine its quantum of punishment.

A Bench comprising of Justices Ashok Bhushan and K.M. Joseph observed that the life ban imposed on the cricketer is “too harsh” and asked the BCCI disciplinary committee to review the quantum of his punishment in three months. The Bench, however, upheld his indictment in the wake of the 2013 Indian Premier League (IPL) spot-fixing scandal.

The judgment was passed on an appeal filed by Sreesanth against the judgment of the Kerala High Court, which had affirmed the life ban imposed by BCCI.

In August 2017, a single-judge Bench of the Kerala High Court had lifted the life ban imposed on Sreesanth by BCCI. But later on, the life ban was restored by a division Bench on an appeal filed by the board.

Senior advocate Salman Khurshid, appearing for Sreesanth, told the Bench that "In the context of facts and manner in which these things have happened, this court should consider that it (life ban on Sreesanth by BCCI) is unfair. He has suffered for the last five-six years. People want him to play cricket. He was extremely loyal to BCCI.”

Khurshid argued before the Bench, that it was not established that spot-fixing was done in the match played between Indian Premier League teams Rajasthan Royals and Kings XI Punjab in Mohali in May 2013 and there was no evidence that the cricketer received any money for this. "The team (Rajasthan Royals) and its owners were banned for two years only. It is completely unfair that this (life ban) has happened with him (Sreesanth)," Khurshid said.

Further, Khurshid told the Bench that the confession made by the cricketer was due to continuous torture by Delhi Police. “According to Sreesanth, police had threatened to implicate his family if he does not confess to the crime,” the lawyer added. The Bench had on March 1, 2019, reserved its judgment on Sreesanth's appeal.

Board of Control for Cricket in India