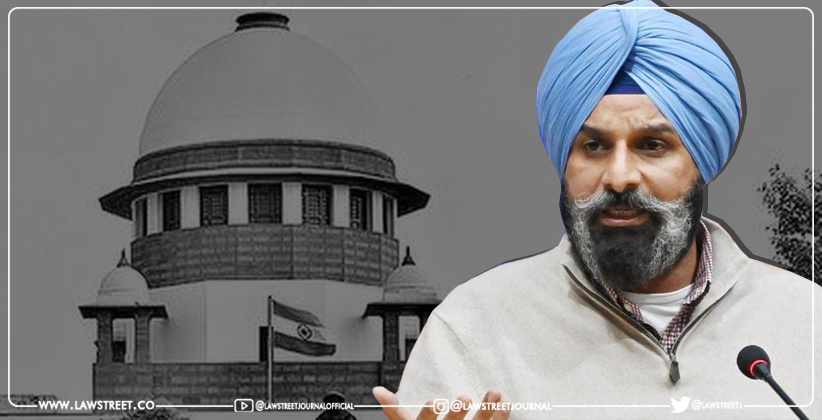 Kapil Sibal for Majithia: In 2013, an FIR was filed and 10 day later an ECR is registered. Statements of three accused are recorded under PMLA Act. That investigation is over, the complaints are filed. I am not an accused in that. As far as the NDPS offence, trial is over.

Sibal: In 2015, Court passed an order to investigate the drug net. A Special Task Force is set up. It files a report in a sealed cover to the court and in that PMLA statements are given. The court sends the cover to the government. The government sets up HPC.

Sibal: In 2017, government changes, an application is made seeking statement. They take this statement and file an FIR.

Court: Why a writ petition under Article 32 here? You have other remedies. Can you not move the High Court?

Court: We will permit you to seek your remedies in the High Court.

Sibal: Single judge has already taken a view. The court has already passed an order in an earlier occasion.

ORDER: We are not inclined to entertain a petition under Article 32 of the constitution but the petitioner may challenge the FIR before the Punjab and Haryana High Court. The petition maybe heard by a Division Bench of the High Court

Order: The main relief is for the Quashing of FIR dated 20 December 2021 under NDPS. There is an alternative prayer to entrust the investigation with SIT, we are not inclined to entertain the plea under Article 32, the petitioner may approach the High Court.

Order: In terms of the order of two judge bench of this court similar directions maybe issued. The relevant part of the order. In view of the above order. We follow the same. The petitioner may approach DB for all appropriate reliefs and the bail. Nothing has been said on merits