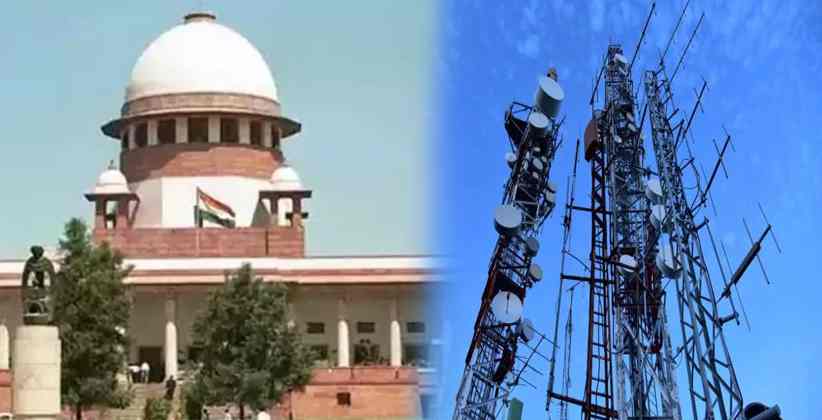 Marking an important day for the telecom sector, the on Thursday, 11th June 2020 took up for hearing the adjusted gross revenue (AGR) case. The Supreme Court bench led by Justice Arun Mishra considered the issue of allowing telecom firms to pay Rs 1.43 lakh crore worth AGR dues in a staggered fashion over 20 years.

The Department of Telecom (DoT) before the commencement of the ongoing pandemic had moved the Supreme Court proposing staggered payment over 20 years for telecom firms to discharge their AGR dues.

Earlier on 18th March 2020, the Supreme Court had come down heavily on the DoT for allowing telcos the facility of self-assessing their dues payable and had also called the DoT fraudulent and contemptuous of the court since the DoT had allowed telecom firms to rework amount payable in contravention to the court’s earlier order.

The court had also agreed to consider the issue of staggered payment over 20 years as mentioned by the DoT. Since the lockdown, there were no scheduled hearings which indeed limited the proceedings in the Supreme Court.

Meanwhile, Vodafone Idea has paid Rs 6,854 crore of its dues whereas DoT’s firm demand stands at Rs 58,254 crore. The company’s self-assessment pegged its dues at Rs 21,533 crore. It has also been notified that Bharti Airtel has paid Rs 18,004 crore so far against the DoT’s demands of Rs 43,980 crore and the company’s dues are estimated to be around Rs 13,004 crore.

The Supreme Court on Thursday adjourned the hearing in AGR case till 18th June 2020 and has asked various telecom companies to file their replies on how they intend to plan to pay their remaining dues with the roadmap ahead.

Also known as the adjusted gross revenue, AGR is a fee-sharing mechanism created between the government and telcos who shifted to the ‘revenue-sharing fee’ model in 1999, from the ‘fixed license fee’ model. In the given scenario, telcos are supposed to share a percentage of AGR with the government.

Reasons for the Dispute:

The main reason for the dispute was regarding the definition of AGR and that the two sides were locked in a legal battle over a decade.

Another aspect of the dispute was that the government would consider that AGR includes all revenue from both telecom as well as non-telecom services, however, the operators suggested that it should only include revenue from the core services. A top court on 24th October 2019 had widened the definition of AGR in preference towards the government.

The Supreme Court in a massive setback for the telecom companies had rejected their definition of AGR and accepted the definitions of the government and these decisions exposed the Department of Telecom (DoT) to dues of more than Rs 1 lakh crore. The court had further ordered to include all revenues, except for termination fees and roaming charges as part of the AGR.

On Thursday, 11th June 2020 the Supreme Court in a bench headed by Justice Arun Mishra has struck down the demand of Rs 4 lakh crores against the Public sector undertakings (PSUs) and has sought a payment pledge from the telcos.

The bench comprising of Justices Arun Mishra, S Abdul Nazeer, and M R Shah raised questions on the demand raised by the government from the PSUs and held that its verdict in the case was misinterpreted as the issue of their dues based on AGR was not dealt with by the apex court.

The court has also ordered telecoms like Vodafone to file affidavits in five days regarding the roadmap they are proposing to clear their dues.

Contending on the above order, Vodafone Idea stated that the amount of the dues is huge and that they would not be able to file the affidavit within 3-4 days and that it does not have enough money to even pay salaries to their employees and meet general expenses.

The company further expressed its inability to give any bank guarantee. Government calculations suggest that Vodafone Idea owes about Rs 53,000 crore which includes interests and penalties for non-payment of the statutory dues.

Elucidating on behalf of Prabhudas Lilladher, Ajay Bodke, CEO & Chief Portfolio Manager added, “Any hopes that the Honorable Supreme Court would reconsider its judgment and reduce the amount of AGR dues for telecom operators looks to have been dashed completely. It does look like a treacherous path for the weak among the telecom operators who might survive but will be in an extremely weakened financial condition ever susceptible to emerging vulnerabilities.”