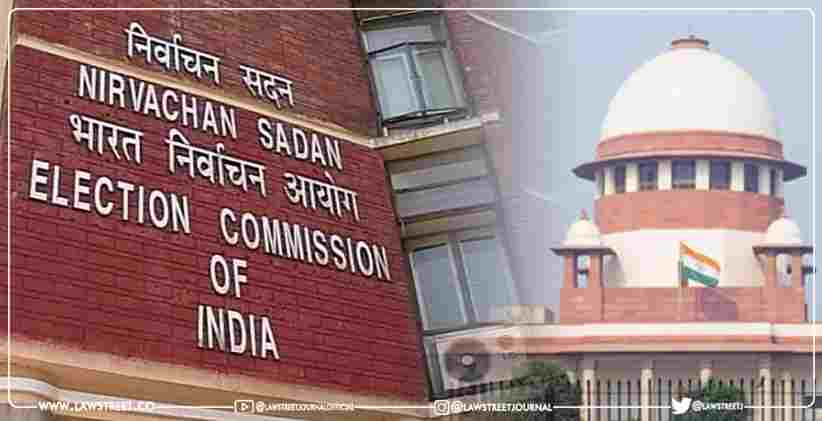 Supreme Court is hearing a challenge to a Delhi HC order rejecting a plea by Swami Chakrapani to direct Election Commission of India seeking to allow Akhil Bharat Hindu Mahasabha, including himself, its President, to contest Assembly elections in several states

Sr Adv Vikas Singh: The HC had left a window saying that an appropriate court of law may be approached

Singh: It was just a one line dismissal order and it was not against Chakrapani but against the party in question

Justice Indira Banerjee: Your plea was dismissed by HC. Rival persons are claiming to be the president of Mahasbha.

Singh: But the rivals are not getting an interim order in their favour. Suits after suits was filed My Lord

Justice Banerjee: I don't thnk we can interfere. You are fighting among ourselves.

Singh: They are only fighting so that the party cannot field candidates

Adv Varinder Kumar appears: yes My Lord the real president is here with me (come come , come on the screen)

Counsel Kumar: This person has come to Supreme Court just to drag this

Justice Banerjee: Please sort this out in the civil court

Adv Kumar to the Saffron clad man standing : (you come here on the screen) To bench: See My Lord he is the real president of Hindu Mahasabha

Bench: We find no grounds to interfere with impugned order.