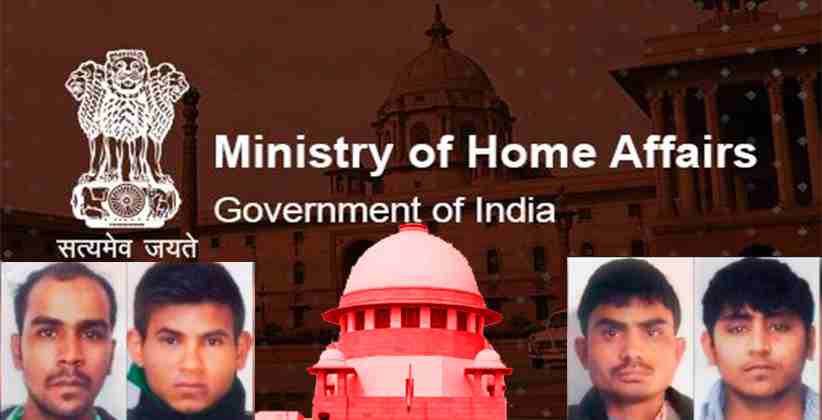 The three judge bench headed by Justice R Banumathi, and Justices Ashok Bhushan and Navin Sinha who were to hear the petition on 25th February, 2020 filed by the Central Government in the Nirbhaya case have set the date for hearing on 5th March, 2020 at 3pm.

The Centre had moved the top court after the Delhi High Court rejected the petition that sought directions to execute the death row convicts in the Nirbhaya gangrape and murder case separately.

The Supreme Court has adjourned the hearing in plea till 5th March, 2020 filed by the Centre against the Delhi Court ruling.

The Delhi Court had ruled that the death row convicts cannot be hanged separately. This ruling comes from the Supreme Court Judgement of Harbansh Singh v. State of Uttar Pradesh (1982)wherein the Court had decided that death row convicts involved in one incident of crime could not be hanged separately after having discovered the gross injustice done to a convict. The Supreme Court thus laid down that all the death sentenced convicts in a case will have to be executed together.

The four convicts were scheduled to be executed on 3rd March, 2020.