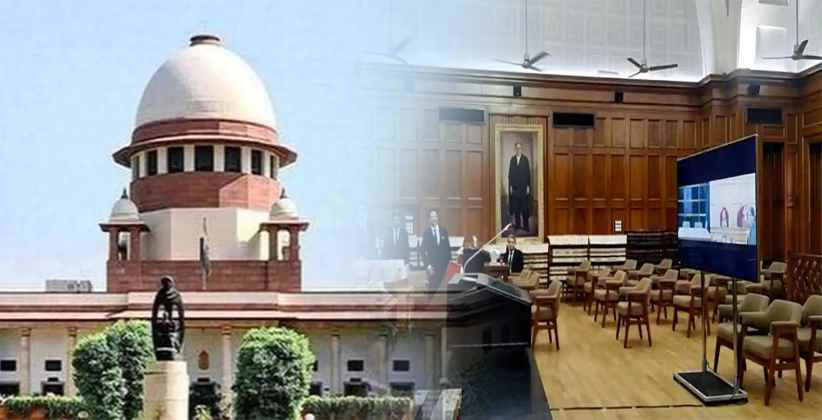 With the ever-increasing number of COVID-19 infections in Delhi, the need to dispense justice has become more critical than ever. Issues like a breach in contracts of fundamental aspects of the lives of people remain unaddressed. From the clause of remuneration in employment contracts to the ‘force majeure’ clause in rental agreements, a lot of people are in an increased level of distress and seek legal resolution.

Realizing this imminent need of functioning courts, the registry of the Supreme Court has set up a video conferencing medium in the district courts of Delhi. It has set up video-conferencing facilities in designated rooms in all seven district courts across Delhi, namely Rohini, Dwarka, Patiala House, Tis Hazari, Saket, Rouse Avenue, and Karkardooma. The circular providing information regarding this step was issued on 13th June 2020.

The objective of this step is to facilitate advocates, parties in-person/litigants with video-call hearings.

"It is notified for the information of all concerned that in compliance with the directions of Hon'ble the Chief Justice of India, the Registry, in coordination with the Delhi High Court has set up Supreme Court Video Conferencing Facilitation Rooms [SCI VC Room] in Seven District Courts Complexes of Delhi mentioned below for facilitating learned Advocates and litigants to join hearing of their respective matters listed before the Hon'ble Supreme Court of India in Virtual Courts through video conferencing"

An e-mail ID and a helpline have been specifically created to deal with matters regarding hearings through video-conferencing. It was further mentioned that whoever wanted to avail of this facility for the facilitation of hearings in their respective matters, could send intimation through AOR, 24 hours before the scheduled hearing on the email id: video.conference@sci.nic.in.

The circular also stated that in case of any difficulty, learned Advocates and Parties-in-Persons/Litigants may call Supreme Court Video Conferencing Helpline No.1881. seeking help.

With the advent of the technological era, it is imminent that the mechanism of delivering justice becomes digitized as per contemporary needs. The need to be physically present in the court premises could be minimized through initiatives like these. As a measure to ensure that infection does not spread in this time of the raging pandemic, these measures also come as a new approach towards courts. They may have the chance of being permanently implemented if they function smoothly and significantly help the courts in deciding cases safely and efficiently.