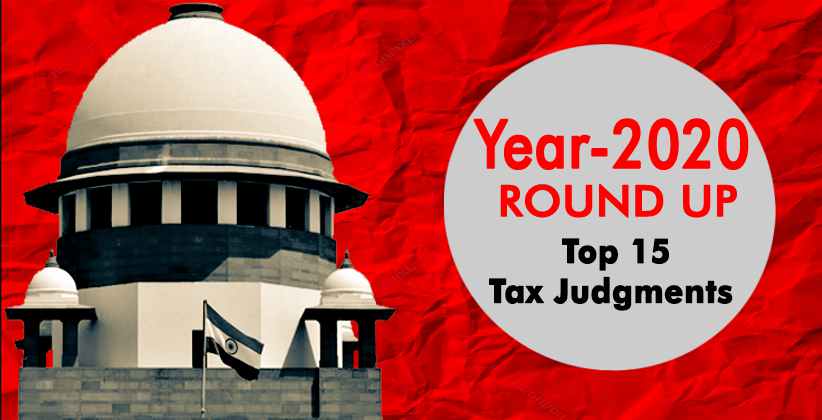 Judiciary Dec 30, 2020 Dev Kumar Patel ( Editor: Ekta Joshi ) 5 Shares
5 Shares
2020 has been a year of Covid-19, challenges and changes. The Indian judiciary kept functioning and fulfilling its role in a democracy in the backdrop of the coronavirus pandemic. The Supreme Court took the cue and started functioning via video conferencing when the pandemic hit the world.

Even though the pandemic changed the way courts functioned in the country, the Supreme Court of India adjudicated on various important cases and delivered certain important judgments in the last year. As the year 2020 draws to a close, here is a recap of the top 15 Tax judgments of Supreme Court in 2020