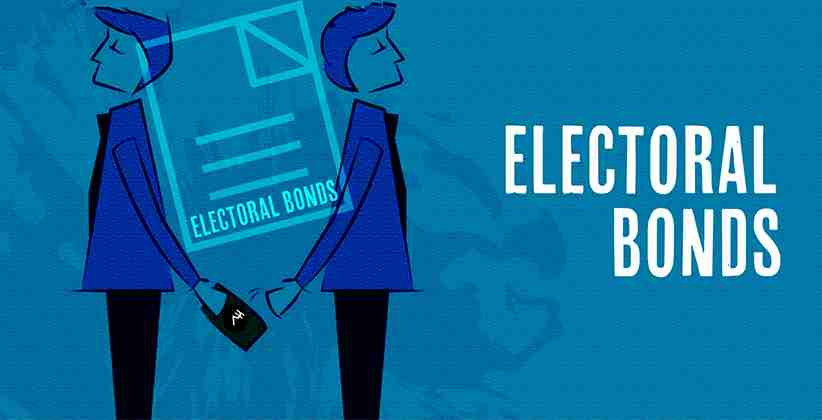 As Delhi polls are approaching, the Supreme Court of India directed the Election Commission of India today (January 20, 2020) to give reply on electoral bonds within two weeks but refused to give a stay order against the bonds.

The decision was given by the bench comprising the Chief Justice of India, S.A. Bobde, Justice B.R. Gavai and Justice Surya Kant. The application was filed by the Association of Democratic Reforms (ADR) for seeking a stay on the bonds before the decision about the validity of those bonds came from the Apex Court.

These bonds were introduced in 2017 by making amendments in Reserve Bank of India Act, 1934, Companies Act, 2013, Income Tax Act, 1961, Representation of Peoples Act, 1950 and Foreign Contributions Regulations Act, 2010 through Financial Act, 2017. These amendments made electoral bonds absolutely anonymous as they made it transferable like currency so tracing back the original owner became nearly impossible. The amendments also took away the restriction that the companies can only make a contribution of 7.5% of net average profit of 3 preceding financial years which also enables the newly formed companies to make the contribution. ECI observed that "This opens up the possibility of shell companies being set up for the sole purpose of making donations to political parties, with no other business consequence of having disbursable profits."

A bench headed by Justice S.A. Bobde gave this decision by saying that "A stay was not given by this court before. So we may not do it now". But Advocate Prashant Bhushan convinced the bench to move the ultimatum from four weeks to two weeks by arguing that the delhi polls are scheduled for 8th February, 2020 and by that time the ruling party would have already received a huge amount of funds through the bonds.

Advocate Bhushan argued that "Alarming facts have to light...the scheme, which was meant only for the Lok Sabha polls, is being illegally opened before state elections also for 1000s of crores of illicit funds to come into the ruling party's pocket...the RBI and the ECI have cautioned against this inflow of black money...the ruling party has done so before every state election..."

He also convinced the bench for the reduction of ultimatum by saying that "By that time, they will have got crores of funds illegally, without any regulation of the donors. Elections take place in Delhi in February! Parties will get undue advantages! This scheme is prima facie illegal and until its validity is finally decided, it should be stayed!...take a look at the RBI's letter. The government has received kick-backs!"

The ADR also mentioned the warning given by the former RBI Governor Urjit Patel to then Finance Minister Arun Jaitley stating that "issue of EBs as bearer instruments in the manner currently contemplated has the possibility of misuse more particularly through use of shell companies."

The decision about the validity of these bonds is still pending and  will soon be decided by the Supreme Court.