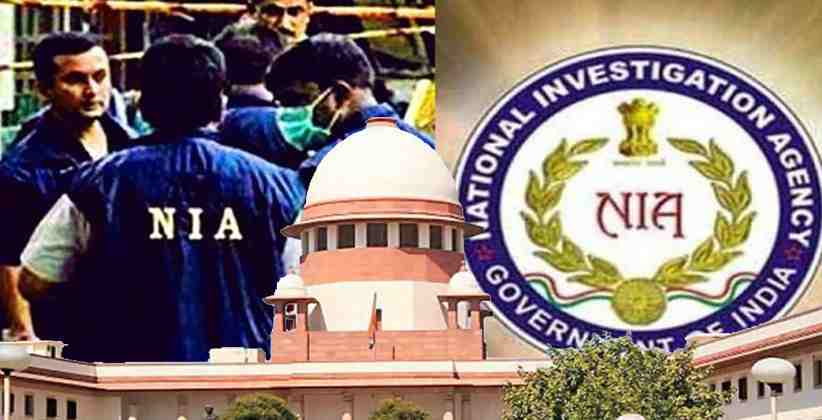 The Supreme Court of India on 20th January, 2020 asked for the Central Government’s response on a plea which challenged the National Investigation Agency (Amendment) Act, 2019, expounding that the law deliberately concentrates police powers in one centralised agency which would act on its “whims and fancies” guided by the whip of the Central government.

A Bench led by Justice R. F. Nariman issued notice to the Central Government seeking a requisite response on the writ petition filed by the Secretary of the Solidarity Youth Movement based at Kozhikode in Kerala.

The petition, represented by advocates Jaimon Andrews and Naresh Kumar, said that the phraseology of the amendment act was suspicious. In one of its sections, the amendment act comprehended the legal ambit of crimes committed “against the interests of India" without clearly explaining what these actions would be.

“So, can it be that sloganeering against a central law would be ‘against the interest of india’ under the Act?” Mr. Andrews asked.

“Legislation aimed at countering terrorism, often employ specific phrases such as ‘national security’, ‘national integrity’, ‘sovereignty’, so as ease any scope for arbitrary exercise of powers by the enforcement agencies. In the instant case, no attempt has been made to provide for structured definition of the term, in the absence of which, the same would be open to enlarged interpretation, thus arbitrary & violative of the fundamental rights guaranteed under art. 14 of the Indian constitution,” the petition contended.

“Resultantly, the agency would work as an organ at the behest and whims and fancies of the central government, which is empowered to selectively direct the agency registration and investigate of cases, providing ample scope for misuse and arbitrary exercise of power,” the petition further says.