Home Judiciary Surrender Can Not Be Viewed As Consent To Sexual Intercourse: Kerala HC Upholds A 67-Year-Old Conviction For Rape Of Minor [READ JUDGEMENT]
Judiciary

Surrender Can Not Be Viewed As Consent To Sexual Intercourse: Kerala HC Upholds A 67-Year-Old Conviction For Rape Of Minor [READ JUDGEMENT] 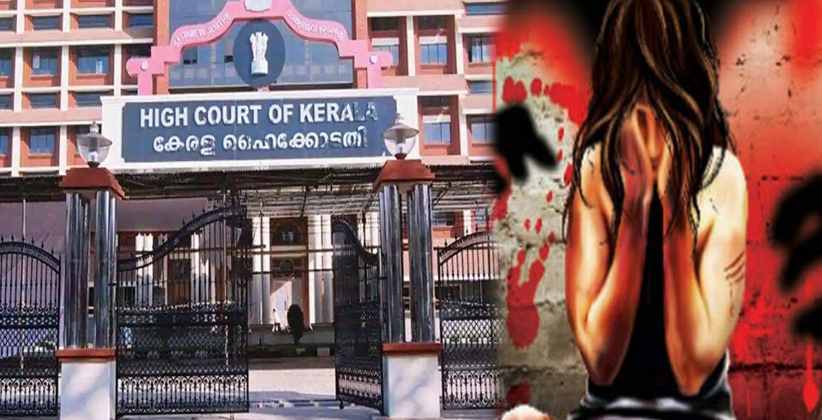 Recently, the Kerala High Court held that the resignation of a woman to sexual intercourse when induced by fear or duress cannot be called "consent" as understood in law (Thankappan v. Kerala State).

"In other words, in a country like ours committed to gender equality, only sexual intercourse which is welcomed could be construed as not violative of the rights of the victim and accepted as consensual," Justice PB Suresh Kumar observed.

A 67-year-old man convicted of having sexually assaulted and impregnated a minor from a scheduled caste was hearing an appeal by Justice PB Suresh Kumar.

The complainant, who was around 14 when the act was committed, used to visit the accused's home to watch television regularly. The man had a wife, around the same age as the complainant. One day, when the accused's complainant was at his home, he had sexual intercourse with her forcibly. He had sent out his granddaughter just before the act to do some "shopping"

Given attempts by the plaintiff to shout, the accused proceeded to threaten her against exposing his actions to others. The accused also continued to have intercourse with her on other occasions which the plaintiff did not reveal to anyone for fear of harming her mother and sister.

While the plaintiff admitted that his act was without her will, the man argued through his counsel that the act was consensual because “she used to go to the house of the accused as and when desired or required by the accused and had sex with him.”

The Court, however, observed, "In a situation of this nature, according to me, the conduct on the part of the victim girl in surrendering before the accused as and when desired by him cannot be said to be unusual or abnormal and such surrender can never be construed as consensual acts of sexual intercourse."

In deciding the appeal, Justice Kumar held that consent in the face of fear, duress, or compulsion could not be termed as 'lawful consent.' He said: "... the mere act of helpless resignation in the face of inevitable compulsion, quiescence, non-resistance, or passive giving in, when volitional faculty is either clouded by fear or vitiated by duress, cannot be deemed to be ‘consent’ as understood in law..."

The judgment further states,"Consent, on the part of a woman as a defense to an allegation of rape, requires voluntary participation, not only after the exercise of intelligence, based on the knowledge, of the significance and moral quality of the act but after having freely exercised a choice between resistance and assent."

Citing from the Convention on the Elimination of Violence Against Women, the Judge notes that sexual assault has historically been a manifestation of unequal power relations between men and women, which has led to the latter being dominated by the one. Sexual assaults are therefore crimes of gender inequality, and the rules of the Judge.

The Court cited the American case, Meritor Savings Bank, FSB v. Mechelle Vinson, to state that 'welcomeness' and not consent is the requirement to be met by sex in order not to violate women's rights compatible with gender equality.

The Court concluded from the facts of the case that there was nothing in the record showing the presence of "consent" as claimed by the accused. The plaintiff had categorically claimed that in the first case, the judgment shows, the accused had imposed himself upon her.

Since the accused was older and able to dominate the will of the complainant because of his being a “fatherly figure”, the Court observed, ".. the victim girl was under a social and psychological hierarchical threat. In a situation of this nature, … the conduct on the part of the victim girl in surrendering before the accused as and when desired by him cannot be said to be unusual or abnormal and such surrender can never be construed as consensual acts of sexual intercourse."

Referring to American Psychiatrist Judith Lewis Herman’s observations on rape survivors, Justice Kumar ends his judgment with a quote from her book “Trauma and Recovery”, where she writes, “When a person is completely powerless, and any form of resistance is futile, she may go into a state of surrender. The system of self-defense shuts down entirely. The helpless person escapes from her situation not by action in the real world but rather by altering her state of consciousness....”

The appeal was, therefore, dismissed.

Delhi High Court: Pulling down the leggings of child victim and touching of thighs Constitutes offense of sexual assault under Section 7 of POCSO Act [READ JUDGMENT]