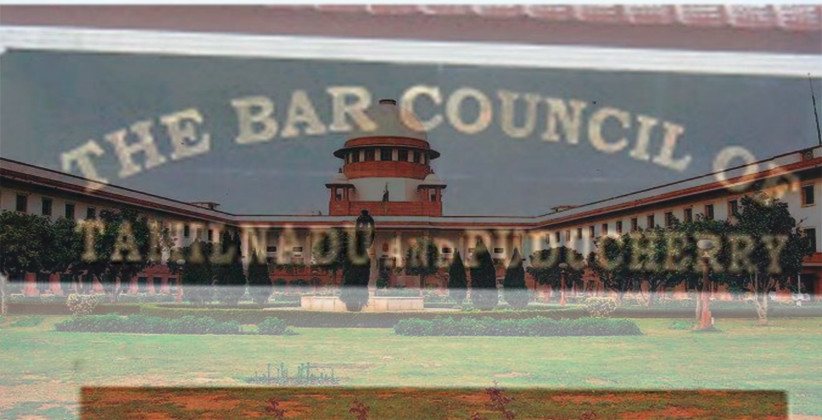 The Supreme Court today (March 29, 2019) issued notice in a public interest litigation petition (PIL) challenging the notification by the Bar Council of Tamil Nadu and Puducherry suspending 5,970 advocates for not paying subscription dues for the Advocates’ Welfare Fund

A Bench comprising of Justices S.A. Bobde and Abdul Nazeer issued notice in the PIL filed by advocate Sabarish Subramanian.

As per the notification issued on March 22, 2019, the right to practice of advocates in any court, Tribunal or other authority was suspended till the payment of the subscription dues under Rule 40, Part VI Chapter II of the Bar Council of India Rules.

Subramanian, in its petition, contended that no prior notice was served on the advocates before suspending their practice.

Further, it was also stated that sudden suspension of the practice of advocates who have the standing of 25 years and above will lead to grave hardship and prejudice.

It was noted that every advocate who enrols with the Bar Council of India (BCI) has to pay Rs 11,000 to the State Bar Council and Rs. 3000 to the BCI. The BCI used to collect subscription dues for the Advocates Welfare Fund once in three years for advocates enrolled before 1993. However, for those enrolled after 1994, the dues were collected along with enrolment fees as a one-time payment.

The petitioner has sought a direction to the BCI to keep the notification in abeyance for at least 60 days and to serve notice to all the advocates through WhatsApp/SMS apart from post/courier. On March 26, 2019, in a similar petition filed in the Madras High Court by the Madras High Court Advocates’ Association, the TN Bar Council agreed to keep the notification in abeyance for a period of two weeks.