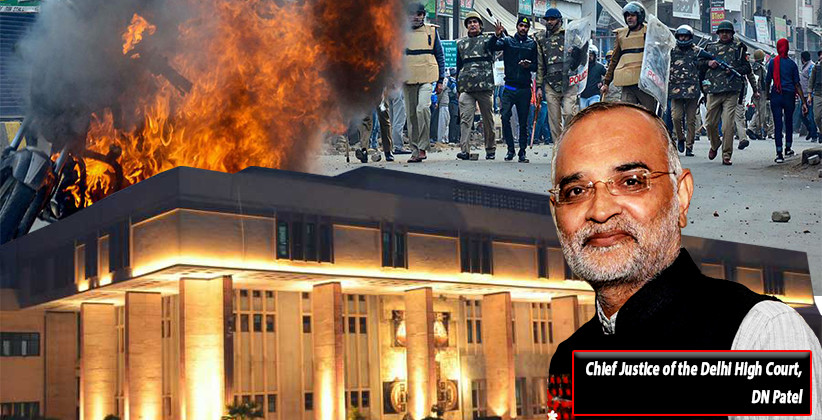 Recently, loss has been caused to public property due to ongoing anti-CAA protests in the national capital. BJP leader and Advocate Ashwini Upadhyay has urged the Delhi High Court to take suo moto cognizance of this matter.

He claimed that public property worth Rs 20 crore had been damaged due to the protests and hence, he requests the Delhi High Court to take up the issue along with the petitions pertaining to the Jamia Milia Islamia Violence. He also added that UP Police was recovering the loss to public property from the ones who were causing it. It was his grievance that no such action was being taken by the Delhi Police.

Chief Justice of the Delhi High Court, DN Patel said that “Move on to the next mentioning, we will see.” When the advocate requested the Court again to issue a direction to list his petition along with the Jamia petitions, CJ Patel reiterated, “We will see when it comes.”

The Delhi HC heard pleas in matters regarding violent incidents in JMI and AMU. The prayers in these petitions include the constitution of a fact finding committee headed by former Supreme Court or High Court Judges, a direction that no coercive action shall be taken against the students pursuant to any FIR registered against them till the committee delivers its findings including a direction to provide medical aid to the students who got injured in addition to compensation and assurance that Delhi Police shall be prevented from entering University premises without authorization. The High Court had refused to grant any interim relief to the students and posted the matter for hearing for February 4, 2020.

Sasikala Advanced A Loan Of ₹237 Crore In Illegal Tender To A Government Contractor Using Demonetised Notes: IT Dept