“Meals shall be arranged during Ugadi, Ram Navami and Orphanage children shall be taught.”: Telangana HC imposes conditions on District Collector in contempt case [READ JUDGMENT] 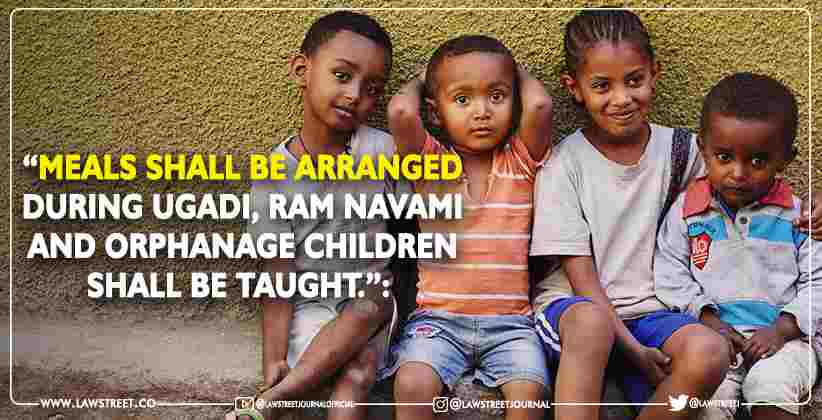 The Telangana HC recently ordered the District Collector, Nalgonda to spend two hours every week in teaching the children of an orphanage for the time period of six months in a case that was concerned with contempt.

The Bench comprised of Chief Justice Hima Kohli and Justice B. Vijaysen Reddy. The said Bench directed the Districted supply officer (Rtd.) to arrange healthy meals for the children of the orphanage for Ugadi and Ram Navami.

This was a condition imposed on the District Officer in a contempt case against him. The court consulted the Government on the issue that whether the District Officer would be willing to contribute his time for a good cause within the said district in which he was currently serving. This was done setting aside the sentence that was imposed on him for the impugned order.

The appellant submitted an affidavit saying that he was ready to go beyond the limited of his certain order. He wanted to enroll girl students in schools of the district Miryalguda, where the number of female children has fallen terribly. The Court stated that this is a part of his official duty and hence can’t be considered as a personal contribution.

Consequently, the court directed him to spend two hours teaching students in an orphanage situated within the Nalgonda District, for a period of six months.

The Principal District Judge was asked to take note of the time spent by the appellant, to certify the same, and then to submit a final report to the court at the end of six months, that is, October 2021.

The court directed the person in charge of the orphanage to certify that the District supply officer has done his job efficiently. The Bench was hearing a contempt appeal filed by an Excise Deputy Commissioner, Syed Yasin Quereshi.

Why after the shocking 2nd wave of COVID-19 India will emerge stronger?