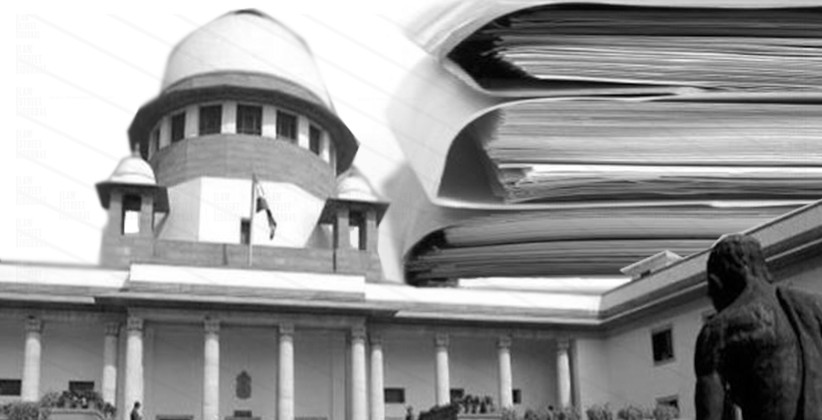 The Supreme Court on May 9, 2019, in the case of Birla Corporation Limited v. Adventz Investments And Holdings Limited & Others, has held that temporary “removal” of original documents from its lawful custody for the purpose of replicating the information, will fall within the purview of “movable property” and thus can be the subject matter of theft under Section 378 of the Indian Penal Code, 1860.

A Bench comprising of JusticesR. Banumathi and Subhash Reddy held that “Information contained in a document, if replicated, can be the subject of theft and can result in wrongful loss, even though the original document was only temporarily removed from its lawful custody for the purpose of extracting the information contained therein.”

In this case, the court was hearing an appeal filed by Birla Corporation alleging the theft of 54 documents by Adventz Investments and Holdings. A criminal complaint was filed by the company alleging the commission of offences punishable under Sections 379, 403 IPC read with Section 120-B IPC.

The matter came before the Supreme Court after the Calcutta High Court had quashed the complaint saying that since originals of the documents were still in the custody of the complainant, taking away the information contained in such documents cannot be considered to be “movable property”. Thus, the temporary removal of the documents for taking information by itself cannot be the subject of the offence of theft.

While dealing with the issue of whether the replication of information from a document would fall under the scope of movable property, the court observed that “Moveable property” is defined in Section 22 IPC which includes a corporeal property of every description. It is beyond doubt that a document is a “moveable property” within the meaning of Section 22 IPC which can be the subject matter of theft. A “document” is a “corporeal property”. A thing is “corporeal” if it has a body, material and a physical presence….

Accordingly, the court held that the Calcutta High Court was not right in holding that the replication of the documents or use of information therein is not moveable property and would not amount to theft.

However, taking the facts and circumstances of the present case into consideration, the court held that the replication of information would not amount to theft as there wasn’t sufficient evidence to conclude that there was a dishonest intention on the part of the respondent company to create wrongful gain for themselves.

“…it is to be seen in using the documents in the litigation, whether there is “dishonest intention” on the part of the respondents in causing “wrongful loss” to the appellant Company and getting “wrongful gain” for themselves. Respondents…have produced the photocopies of the documents No.1 to 54 in the CLB proceedings which were filed by them on the ground of oppression and mismanagement. Merely because the respondents have produced the copies of the documents in the CLB proceedings, it cannot be said that the respondents have removed the documents with “dishonest” intention. Copies of documents are produced in support of the case of respondents No.1 to 5 and to enable the Court to arrive at the truth in a judicial proceeding involving alleged oppression and mismanagement in the affairs of the appellant Company by respondent No.17,” the court held.

Further, the court also held that “When a bona fide dispute exists between the parties as to whether there is oppression and mismanagement, there is no question of “wrongful gain” to the respondents or “wrongful loss” to the appellant. In using the documents, when there is no dishonest intention to cause “wrongful loss” to the complainant and “wrongful gain” to the respondents, it cannot be said that the ingredients of theft are made out…

Thus, the court allowed the appeal and set aside the judgment passed by the Calcutta High Court.