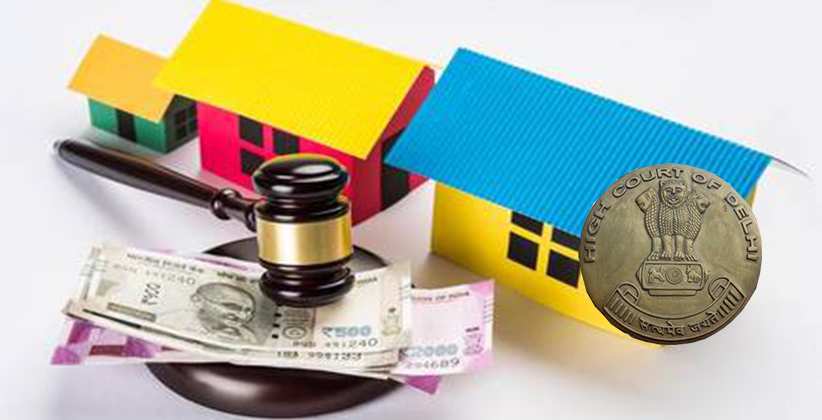 On judgment dated May 21, 2020, Justice Pratibha Singh of the Delhi High Court has in the matter of Ramanand and Ors. v. Dr. Girish Soni and Anr. held that S. 56 of the Contract Act, 1872, which lays down doctrine of frustration will not be applicable to the lease agreements and in the absence of any formal contract, the tenant is supposed to pay rent even during the lockdown due to COVID-19.

The Tenants were running a shoe store called ‘Baluja’ in Khan Market where they were selling various types of footwear. The Landlord was a Dentist. The tenanted premises were given on rent for commercial purposes through a lease deed executed on February 1, 1975, at Rs.300/- per month. In 2008, the Respondents had filed an eviction petition under Section 14(1)(e) of the Delhi Rent Control Act, 1958 (“DRC Act”). Vide its order dated March 18, 2017, the ld. Senior Civil Judge-cum-Rent Controller (“RC”) hadgranted a decree of eviction in respect of Shop No. 30-A, Khan Market, New Delhi (“tenanted premises”). The Tenants had filed an appeal against the impugned order which was dismissed by the ld. Rent Control Tribunal (“RCT”) vide its order dated September 18, 2017, on the ground that the same was not maintainable. The present revision petition was filed by the Appellants/Tenants challenging impugned order dated March 18.

As the matter was pending before the HC, following the outbreak of COVID-19, an application for suspension of rent had been moved, during the lockdown period. The stand of the Tenants was that due to the lockdown, there had been a complete disruption of all business activities, including the business of the Tenants. They had also pleaded that the circumstances are force majeure and beyond the control of the Tenants. Thus, they were entitled to waiver of the monthly payment or at least some partial relief in terms of suspension, postponement, or part-payment.

About the lease agreement, the Court laid down the general law that, when there is a contract, whether there is a force majeure clause or any other condition that could permit waiver or suspension of the agreed monthly payment, would be governed by the contractual terms and if there is no contract at all or if there is no specific force majeure clause, then the issues would have to be determined on the basis of the applicable law.

The Court relied on the Supreme Court judgment in Energy Watchdog v. CERC & Ors., [(2017) 14 SCC 80] wherethe SChad explained the difference between S. 32 (Enforcement of Contracts contingent on an event happening) and S. 56 (Agreement to do an impossible act(force majeure provision) of the Indian Contract Act, 1872 by holding that in case the contract itself contains an express orimplied term relating to a force majeure condition, the same shall begoverned by Section 32 and Section 56 would apply in cases where a force majeure event occurs outside the contract.

Relying on Energy Watchdog the Court for the tenancy contracts held that if the contract contains a clause providing for some sort of waiver or suspension of rent, only then the tenant could claim the same. if the tenant wishes to retain the premises (in the present case, eviction decree was passed against the tenants but they were willing to retain the premise and with the same reason, the revision petition was pending before the Delhi HC) and there is no clause giving any respite to the tenant, the rent or the monthly charges would be payable.

In the case of Raja Dhruv Dev Chand v. Raja Harmohinder Singh & Anr., [AIR 1968 SC 1024]where the tenant who had rentedagricultural lands in Punjab which he could not utilize due to the 1947Partition, sought a refund of the rent paid by him for the said land for Kharifseason 1947 and Rabi season 1948, the Supreme Court had held that Section 56 does not apply to lease agreements reasoning that “inability of the appellant to cultivate the land orto collect the crops because of widespread riotscannot in the events that transpired clothe him with the right to claim refund of the rent paid.…”

The Court in the above judgment had also unequivocally said that a lease is a completed conveyance though it involves monthly payment and hence and Section 56 cannot be invoked to claim the waiver, suspension or exemption from payment of rent as according to the Court only “executory contracts alone are capable ofbeing frustrated and not executed contracts. A contract for lease whereunder the lessee obtains possession from the lessor is an executed contract and during the duration of the lease, since it is a term of the agreement that consideration shall be rendered periodically, the agreed consideration has to be paid and it hardly matters that rents have fallen in the meanwhile.”

Concluding its finding, the Court noted that as there was no rental agreement or lease deed between the parties, Section 32 of the Contract had no applicability, Section 56 also doesn’t apply to tenancy agreements and the case was governed by the provisions of the Delhi Rent Control Act, 1958. And thus, the Tenants’ application for suspension of rent was rejected.

LIVSPACE LAYS OFF 450 EMPLOYEES AMID LOCKDOWN