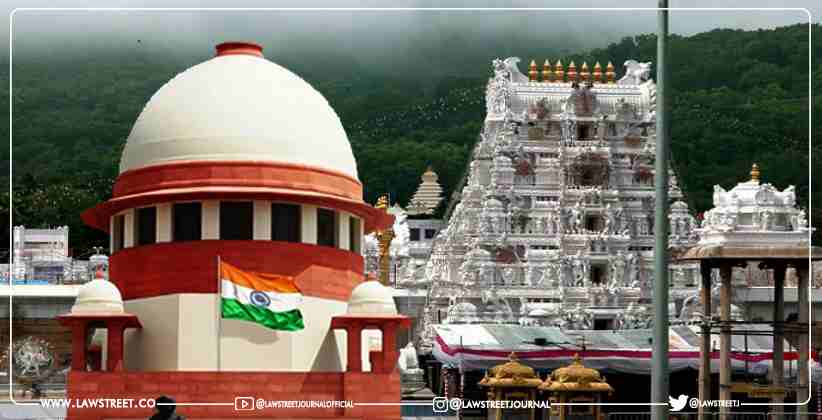 A bench of Supreme Court judges comprising of CJI N.V Ramana, Justice Surya Kant and Justice Hima Kohli sought the response of the Tirupathi Tirumala Devasthanam in a plea alleging irregularities in sevas and rituals at the temple.

The Supreme Court was hearing a SLP challenging the order of the Andhra Pradesh High Court which had dismissed a PIL filed seeking to rectify the methods of performing rituals and sevas at the temple.

The Andhra Pradesh High Court had dismissed the PIL stating that the procedure of conducting rituals is the exclusive domain of the Devasthanam and cannot be a matter of adjudication.

According to the petitioner, the Seva being held in the Temple is being conducted in a wrong way and hence the rituals should be corrected.

The Supreme Court will now hear the matter on the 6th of October.