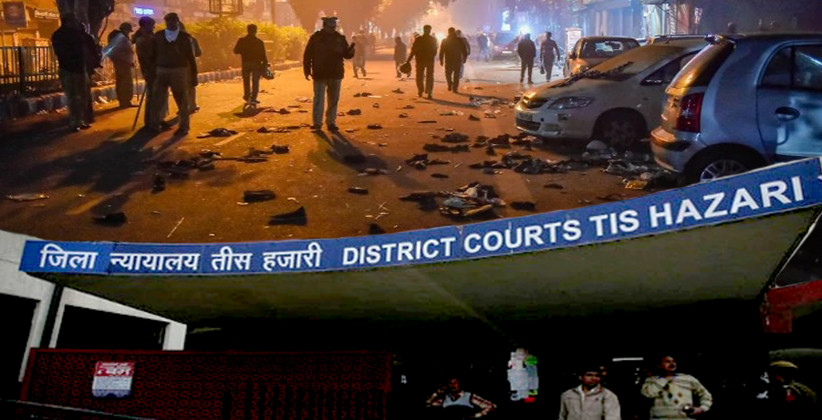 The Tis Hazari District Court of Delhi today (December 23, 2019) dismissed the bail pleas of all 15 accused persons arrested for charges of violence during a protest held against the Citizenship (Amendment) Act, 2019 in Daryaganj.

The case was being heard by Metropolitan Magistrate, Kapil Kumar.

The accused persons had been arrested from the spot by police personnel who were on duty.They were being represented by Advocate Rebecca John who argued against the charges framed on the ground that a vehicle that was burned was someone’s private property so how did the police invoke the Prevention of Damage to Public Property Act, 1984.

Allegedly the accused had pelted stones at the police station and damaged barricades around the area thereby using criminal force. Reports say that 17 policemen were injured in the course of their duty to monitor law and order.

The Magistrate said that, “Violence for any reason is not justified and allegations are very serious in nature. No grounds for bail made out.”

Lawyers were seen counseling the families of the accused, saying they will file appeal in the Sessions Court. The accused are yet to be produced before the court and investigations are pending in the matter.