Home Judiciary If There Is Total Arbitrariness Or Tender Has Been Granted In A Malafide Manner, The Court Should Refrain From Interfering In The Grant Of Tender: Supreme Court
Judiciary 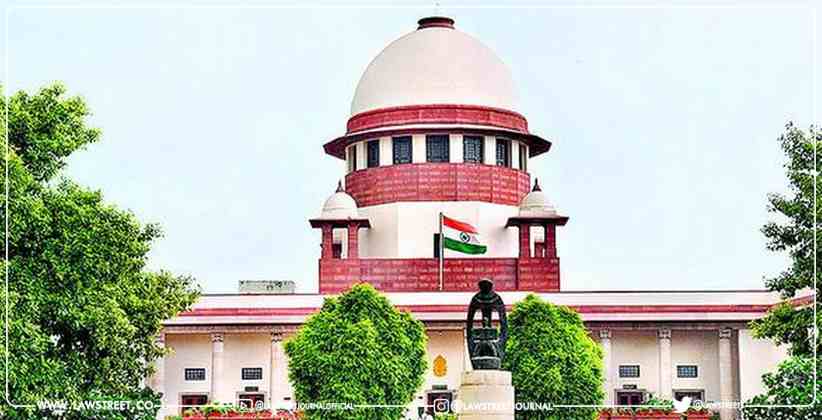 The Supreme Court observed that a Court should refrain from interfering in the grant of tender even if it suffers from total arbitrariness .

The bench, which included Justices Hemant Gupta and V. Ramasubramanian, ordered that instead of injuncting the contract's execution, the parties should seek damages for the unlawful exclusion. The court went on to say that the injunction or interference in the tender adds to the State's costs and is also against the public interest.

The Hon’ble Court observed that

“A word of caution ought to be mentioned herein that any contract of public service should not be interfered with lightly and in any case, there should not be any interim order derailing the entire process of the services meant for larger public good. The grant of interim injunction by the learned Single Bench of the High Court has helped no-one except a contractor who lost a contract bid and has only caused loss to the State with no corresponding gain to anyone”.

While deciding an appeal against a High Court decision that had authorised a writ petition challenging the grant of  tender, the Apex Court bench made this observation. Disagreeing with the High Court's approach, the bench stated that the question of whether a contract term is important or not must be considered from both the employer's and the employee's perspectives.

The court noted that the award of an interim injunction in this case has only benefited a contractor who has lost a contract bid and has only resulted in a loss for the State with no corresponding benefit to anyone. The bench made an observation in this context:

“The Writ Court should refrain itself from imposing its decision over the decision of the employer as to whether or not to accept the bid of a tenderer. The Court does not have the expertise to examine the terms and conditions of the present-day economic activities of the State and this limitation should be kept in view. Courts should be even more reluctant in interfering with contracts involving technical issues as there is a requirement of the necessary expertise to adjudicate upon such issues. The approach of the Court should be not to find fault with magnifying glass in its hands, rather the Court should examine as to whether the decision-making process is after complying with the procedure contemplated by the tender conditions. If the Court finds that there is total arbitrariness or that the tender has been granted in a malafide manner, still the Court should refrain from interfering in the grant of tender but instead relegate the parties to seek damages for the wrongful exclusion rather than to injunct the execution of the contract. The injunction or interference in the tender leads to additional costs on the State and is also against public interest. Therefore, the State and its citizens suffer twice, firstly by paying escalation costs and secondly, by being deprived of the infrastructure for which the present-day Governments are expected to work”

At last the Hon’ble Apex Court Held that:

“We also find that multiple layers of exercise of jurisdiction also delay the final adjudication challenging the grant of tender. Therefore, it would be open to the High Courts or the Hon’ble Chief Justice to entrust these petitions to a Division Bench of the High Court, which would avoid at least hearing by one of the forums”.

Juvenile Justice Act: Child Cannot Be Automatically Tried As An Adult Even If It Commits Heinous Crime: Bombay High Court