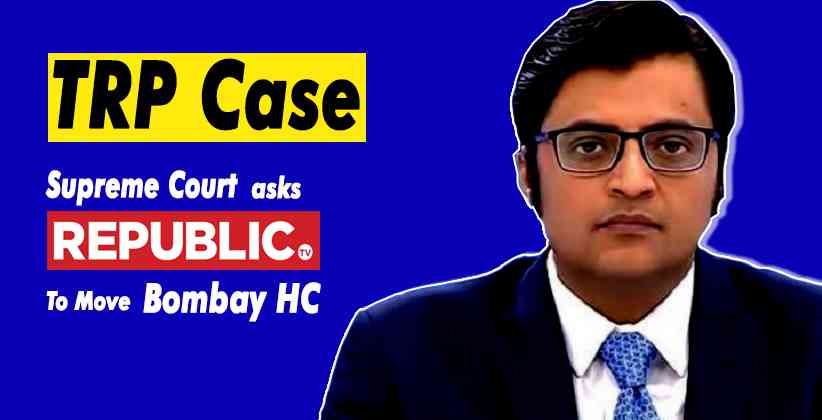 An FIR was filed by the Mumbai police at Kandivali Police Station on October 8, 2020, alleging fraud in Television Rating Points (TRP).

The police commissioners reported to the press that Republic TV and two Marathi channels were adopting the fraudulent practice of TRP manipulation. They paid Rs 400-500 every month to the illiterate households and asked them to keep their channels on.

The Broadcast Audience Research Council (BARC) who prepares TRP ratings also assisted them in their fraudulent acts. Few employees of Hansa Research Group Pvt Ltd misused the secret data given to them. Keeping all this in mind they should be charged under Section 420 of the Indian Penal Code (IPC) for cheating, Section 120B of IPC for criminal conspiracy, and Section 409 of IPC for criminal breach of trust.

The Supreme Court thus refused to entertain the petition.