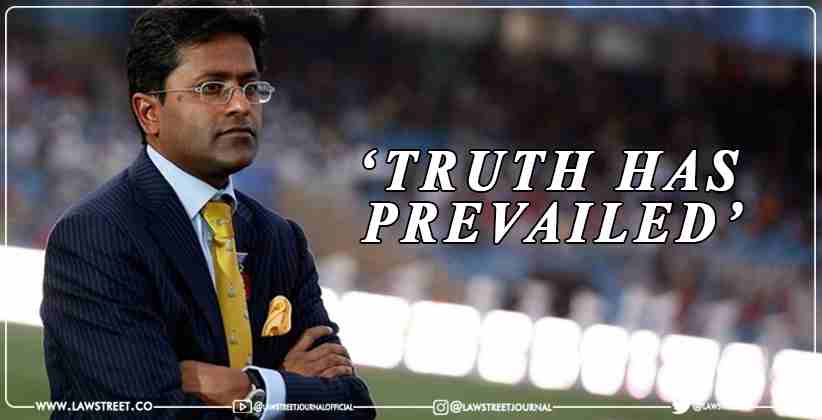 Former IPL Chairman Lalit Modi, who was banned from the BCCI for the rest of his life after being accused of being the source for a facilitation fee, has finally been able to establish his innocence.

The Bombay High Court ruled in Modi's favour, ruling that the facilitation charge (a sum that MSM (Sony) was required to pay to WSG (Mauritius) or WSGM) that led to Modi's removal from both the BCCI and the IPL was legitimate.

The Bombay High Court's Justice BP Colabawala found that the WSGI, which controlled the IPL's rights from 2008 to 2017, helped the BCCI earn Rs. 1791 (Rupees One Thousand Seven Hundred Ninety One Crore) more and "operated in the interest of the BCCI."

Furthermore, the court determined that the free facilitation to the tune of Rs. 425 crore (Rupees Four Hundred and Twenty Five Crore) constituted a bona fide element in the three-party agreement between the BCCI, WSGI, and MSM. The BCCI had claimed that only Modi knew about it, but the court concluded that all parties were aware.

Now I will sue all in the UK: Lalit Modi

Modi stated that he put a lot of work into developing the IPL, which has now developed into a major company. In a few years, he believes the event will become a global entertainment franchise. Modi went on to say that, despite everything, he made sure that the competition was shown live on television at no cost to the spectators.

"Time is a factor; I constructed the IPL by myself." Not that it matters to me, but the BCCI has barred me from playing cricket for the rest of my life. Guess what I did to make Modi recession-proof (the 2008 economic slump). It will, without a doubt, be a worldwide spectacle for India. It will be a major entertainment property all over the world. And I did it for free so that my nation may watch it on TV," Modi said on Sunday to Cricbuzz.

Modi, who is now in the United Kingdom, has highlighted the "sad side" of the false charges levelled against him by being denied entry to the grounds despite having purchased a ticket. He said that he will sue the BCCI in a UK court for all of the problems he has had to deal with over the years.

"The terrible aspect is that the selfish members who profit from my work are so afraid of my shadow that they refused to let my children in on a purchased ticket."

The only question now is what the media will report – fugitive? Go ahead and try it. Now I'm going to sue everyone in the UK and see what happens," he continued.