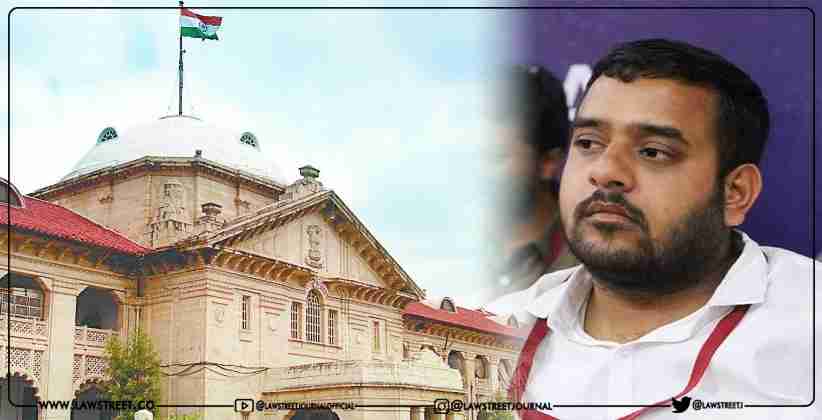 Case Title: Atiq Ur Rehman And 2 Others v. State of U.P. and Another

On behalf of the Government of Uttar Pradesh, the Additional Advocate General submitted an objection to the maintainability of the Habeas Corpus plea filed by UAPA accused Atiq-ur-Rehman, alleging improper judicial detention, before the Allahabad High Court on Wednesday.

AAG argued before a bench of Justice Ashwani Kumar Mishra and Justice Rajnish Kumar that the matter had gone to the Supreme Court (Kerala Union of Working Journalists v. Union of India & Ors.) at the request of other co-accused in this alleged Hathras conspiracy case, and the Apex court had said that the accused can apply for grant of bail or take such other steps as may be available in law by virtue of Section 482 Cr.P.C. and Article 226 of the Constitution of India.

The highest court also took notice of the fact that Rehman and the other accused were brought before a jurisdictional court following their arrest, and that a lengthy charge sheet had already been filed with the court in question, according to AAG.

The AAG further claimed that Rehman's habeas corpus petition asserts that his remand was acquired from a court with no jurisdiction in the case, but that claim was considered and rejected by the revisional court, and Rehman has not appealed that judgement so far.

As a result, AAG argued that, under the law enunciate down by the full bench of this High Court in Km. Rachna and Others Vs. State of U.P. and Others, the Habeas Corpus petition would not be viable without a challenge to such order.

Furthermore, AAG stated that because not only a chargesheet had been filed in this matter, but also cognizance had been taken by the court and warrants under Section 309 Cr.P.C. had been issued, Rehman's Habeas Corpus plea would not be viable at this time.

In response, Rehman's lawyer, Senior Advocate S.F.A. Naqvi, requested time from the court to react to AAG's remarks, claiming that such objections were being raised for the first time.

The issue was continued on March 11 after the Court granted Sr. Adv. Naqvi's motion.

On October 5, 2020, while on his way to see the family of a gang-rape victim in Hathras, Uttar Pradesh, Rehman was detained by UP Police along with Kerala journalist Siddique Kappan and two others. Rehman was charged under the Unlawful Activities (Prevention) Act (UAPA) Provisions 17 and 18, as well as other sections of the Indian Penal Code and the Information Technology Act.