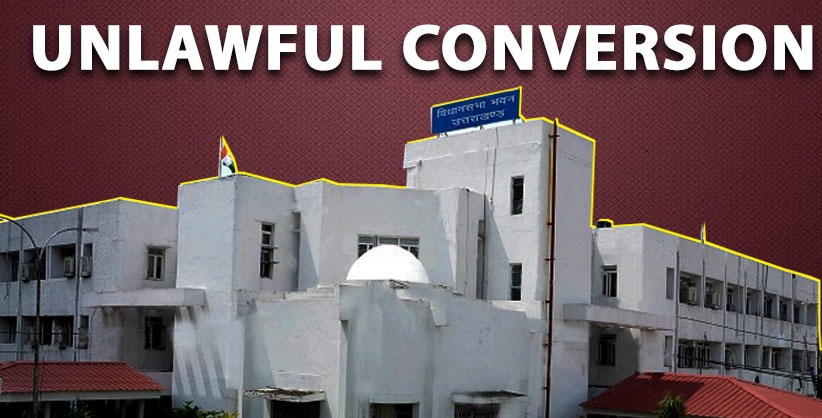 Uttarakhand Assembly has passed a stricter anti-conversion Bill making unlawful conversion a cognisable and non-bailable offence punishable with imprisonment for a term of at least three to a maximum of 10 years.

Along with a prison term, the Uttarakhand Freedom of Religion (Amendment) Act, 2022, stated that any offender indulging in unlawful conversion will also be liable to be imposed with a fine of at least Rs 50,000.

Besides, the offender may also be liable to pay a compensation of up to Rs five lakh to the victim.

Previously, the punishment for unlawful conversion in the state ranged from one to seven years besides imposition of a fine.

The Act says, “No person shall convert, either directly or otherwise, any other person from one religion to another by use or practice of misrepresentation, force, undue influence, coercion, allurement or by any fraudulent means. No person shall abet, convince or conspire such conversion.”

Minister for Religious Affairs Satpal Maharaj said, the amendment in Uttarakhand Freedom of Religion Act, 2018 was necessary to remove certain difficulties in the Act.