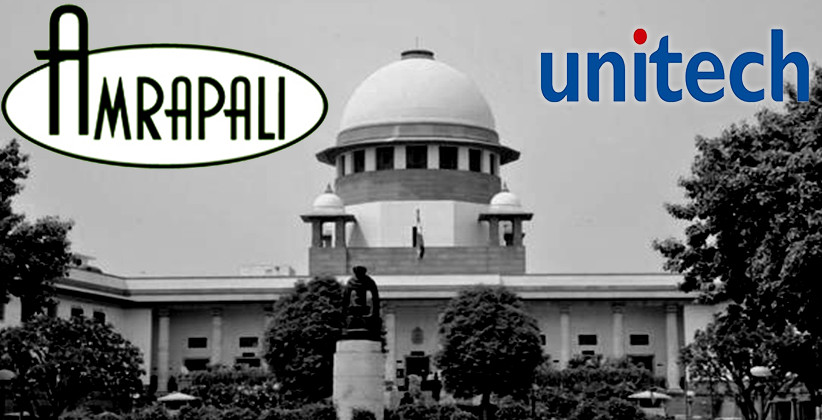 A Bench comprising of Justices D.Y. Chandrachud and M.R. Shah asked the centre to intervene to protect homebuyers' interests. To this, attorney general K.K. Venugopal told the Bench that NBCC is ready to take over the construction of unfinished projects as consultant. He placed an NBCC proposal where it said it can complete projects if funds are provided while refusing to invest its money.

NBCC sought the appointment of a high-powered committee led by a retired HC judge along with a senior retired bureaucrat and technocrat to monitor the construction. The proposal says the panel will enter into an MoU with NBCC after which then PSU will hold a preliminary study of projects to estimate cost and time. Unitech's MD Sanjay Chandra and his brother Ajay Chandra have been in jail since August 2017 after being arrested by Delhi police for failing to hand over possession of flats. The group has so far deposited around Rs 464 crore in the Supreme Court and a court-appointed committee is overseeing the sale of assets. Chandras' arguments that they needed bail to raise money has failed to cut ice with the apex court. Taking the proposal on record, the Bench asked homebuyers to give their suggestions on the NBCC proposal and appointment of a committee to advocate Pawanshree Agrawal who is assisting the court as amicus curiae and said the order will be passed on August 9, 2019, after considering all views received. Raising a question on competence of NBCC in building costly flats, senior advocate Gopal Sankaranarayanan said the PSU has no experience in handling premium projects and Unitech's housing projects are different in this respect from Jaypee and Amrapali. The AG responded that NBCC was not anxious in taking over Unitech projects and it was doing so only on the orders of the apex court. He said the Centre had consulted private firm Larsen and Toubro but it was not interested. Allaying apprehensions of homebuyers, the court also clarified that NBCC would not execute the work and it will give tender to other companies for construction. As per the 13-page proposal, NBCC will prepare a sample flat in each project as per specifications and amenities in the builder buyer agreement and seek approval of the SC-appointed committee. The PSU also said it will not undertake any liability in relation to the land and projects and pegged its fee at 8% of construction cost. The SC had earlier ordered a forensic audit of the Unitech Group and its 46 subsidiaries companies. The auditor, in its preliminary report, said the group diverted more than Rs 1,500 crore of homebuyers' money for purposes other than housing projects. The company, however, refuted any diversion of funds. (With inputs from TOI)