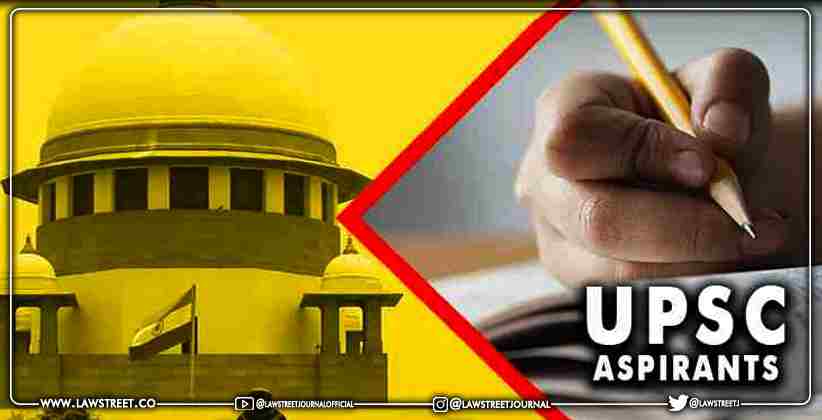 A plea has been filed by a Civil Services Aspirant in the Supreme Court of India against the UPSC cancelling her candidature for not submitting requisite proof of educational qualification under Rule 7 and Rule 11 of the Civil Services Examination Rules, 2021.

The plea filed through Advocate Tanya Shree, submits that the cancellation of the candidature via letter dated March 12, 2021 is arbitrary, unreasonable and discriminates amongst the candidates similarly situated and violative of Article 14 and 21 of the Constitution of India.

The petitioner submitted before the court that due to the national lockdown because of COVID-19 pandemic, the petitioner’s B. Tech examinations were delayed and a result of which she was not able to submit the documents by November 11, 2020. She later issued a provisional certificate by the University, subsequent to which she appeared in the Mains exam in January 2021.

The petition put forth the contention that original copy of the document is required only when candidates appear for the Personality Test and therefore, the exclusion of the Petitioner without taking into consideration that the result was declared after November 2020.

The petition states that the cancellation of the candidature would render the whole year of the petitioner a waste, due to no fault of her own and would deny her of the right to be appear for the Personality Test.