Home Judiciary “The sanctity to the finality of judicial orders should never deter a Court in correcting its plain errors”: Uttarakhand High Court Modifies its 2018 judgment Pertaining to Noise Limits for Loudspeakers
Judiciary 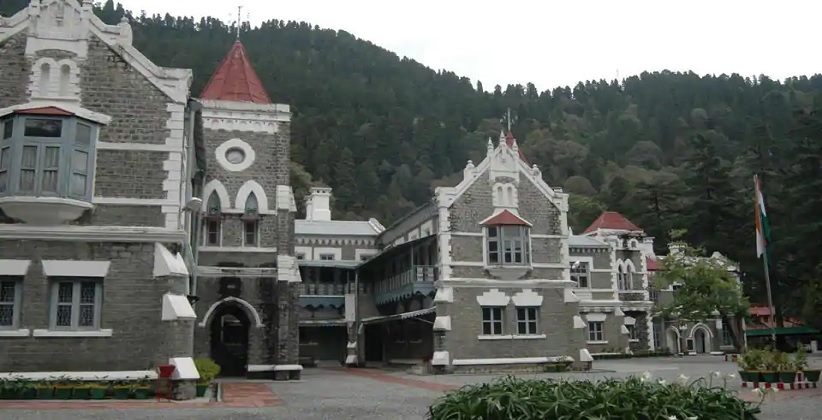 The matter was heard by Justice Dhulia as the division bench of Chief Justice Ramesh Ranganathan and Justice Lok Pal Singh gave divergent views on the issue. The judge agreed with the reasoning given by the Chief Justice to allow the application.

In the year 2018, A judgment passed by the Uttarakhand High Court which was appealed to be modified due to conflicting verdicts given by the Division Bench.

In June 2018, a division bench of Justice Rajiv Sharma and Justice Lokpal Singh, whilst hearing a Public Interest Litigation (PIL), had passed a judgment directing the state authorities to make sure that no loudspeaker or public tackle gadget is used in temples, mosques or gurdwaras without permission and when used, have to be with a project “that the noise level shall now not exceed more than 5dB(A) peripheral noise level”.

An authority’s order used to be due to this fact issued, effectively banning the use of loudspeakers in spiritual institutions. While the 0dB(A) level is the threshold for hearing, a 10dB(A) stage is roughly equal to the sound of human breathing. As per law, noise up to the degree of 55 dB(A) is permitted in residential areas at some point of the day and up to 45 dB(A) at night. The bench comprising Hon’ble Chief Justice Ramesh Ranganathan and Hon’ble Justice Lok Pal Singh was hearing a plea regarding setting up permissible noise limit for loudspeakers. The modification application was filed under sections 151 and 152 CPC read with Article 226 of the Constitution of India.

The applicant, who claimed to be a representative of all mutawallies of Waqfs of all mosques in the entire State of Uttarakhand, sought a direction by the court to permit the use of loudspeakers in places of worships within the limits prescribed in the schedule to the Noise Pollution (Regulations and Control) Rules, 2000. It is pertinent to mention here that he was not a party to the original petition where the order to be modified was passed.

“The State Government is directed to ensure that no loudspeaker or public address system shall be used by any person including religious bodies in Temples, Mosques, and Gurudwaras without written permission of the authority even during day time, that too, by getting an undertaking that the noise level shall not exceed more than 5dB(A) peripheral noise level” reads the PIL.

The court directed the state authorities to make sure that no loudspeaker or public deal with the device is utilized by any man or woman or organization, which includes non-secular bodies, without the written permission of the applicable authorities.

“The loudspeakers preserve on blaring even past midnight. The loudspeaker can’t be authorized for use without the written permission from the authority even though the temples, mosques, and Gurudwaras,” the court said. The direction was issued by using a division bench of justices Rajiv Sharma and Lok Pal Singh whilst hearing public activity litigation in search of motion in opposition to a toy manufacturing facility in Haridwar district.

Justice Dhulia observed that Justice Singh had rejected the application primarily on a technicality, as the Judge himself agreed that a review could have been maintainable.

"I would most respectfully state that it matters little how the matter came up before this Court. Whether it was clothed in the shape of a review or a mere application under Section 152 CPC is not relevant. The Rules of the procedure are after all the handmaids of justice. Consequently, when there is no doubt as to the powers of the Court in correcting an apparent error, correction must be done. The case was before this Court ultimately in a writ proceeding. The powers of review in a writ proceeding are inherent in Article 226, which must be exercised in appropriate cases as the Hon'ble Apex Court while exercising powers 32 of review also acts as a Court of equity, which is duty-bound to correct its errors." he mentioned.

He further stated that "The power to make corrections in an order or decree 'on its own motion' would mean powers that can be exercised 'sua sponte', i.e. on its own. The mere fact that there is an application too for such corrections is immaterial. Once the Court has an option to exercise powers sua sponte and it chooses to do that, that is the end of it. The fact that there is also an application before the Court by a party matters little. The Court here, we must not forget, is also a superior Court and a "Court of record". It has inherent powers and a duty to correct its records."

In this regard, the Justice Sudhanshu Dhulia referred to the quote of Lord Atkin, "finality is a good thing, but justice is better."

He also referred to quotes of Justice Aharon Barak of Israel Supreme Court, "Before I part, I must refer to Aharon Barak, who never tires in reminding Judges that they are human beings after all, and as such prone to commit errors. But then these errors must be corrected at the first given opportunity. To emphasize his point, Barak first cites the well-known statement of Justice Jackson ("we are not final because we are infallible, but we are infallible only because we are final"), and then adds "I think that the learned Judge erred. The finality of our decisions is based on our ability to admit our mistakes, and our willingness to do so in appropriate cases."

Barak then cites a case in which he gave an opinion. This case was later reargued before a larger Bench. Barak's earlier decision was reversed, and while doing so Barak explained why: "This conclusion of mine conflicts with the conclusion that I reached in my ruling, which is the subject of this petition. In other words, I changed my mind. Indeed, since the judgment was given – and against the backdrop of the further hearing itself – I have not ceased to examine whether my approach is correctly grounded in law. I do not count myself among those who believe that the finality of a decision testifies to its correctness. We all err. Our professional integrity requires us to admit our mistakes, if we are convinced that we have indeed erred…in our difficult hours, when we evaluate ourselves, our North Star should be uncovering the truth that brings justice within the limits of the law. We should not entrench ourselves in our previous decisions. We must be prepared to admit our mistakes."

The sanctity to the finality of judicial orders should never deter a Court in correcting its plain errors, remarked Justice Sudhanshu Dhulia while allowing a plea seeking modification of a directive issued by the Uttarakhand High Court in its 2018 judgment setting maximum noise level for loudspeakers.