Home Judiciary “The validity of marriage cannot be a ground for denial of protection”: Punjab and Haryana HC on a petition by a young couple [READ ORDER]
Judiciary 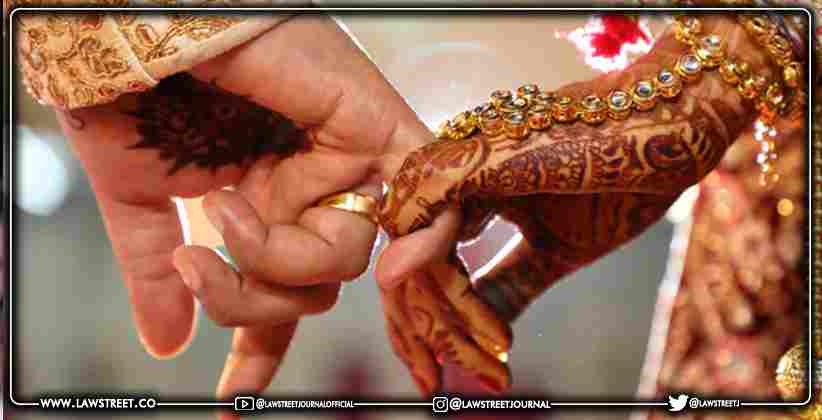 The Punjab and Haryana High Court, on a petition (Farzana Begam @ Aman And Another V. State of Punjab And Others) filed by a young couple, reiterated that validity/invalidity of marriage between the petitioners should not be a ground to deny protection to their life and liberty.

The matter was heard by a single-member bench of the court comprising Justice Jasgurpreet Singh Puri through video conferencing.

The petitioners in the case are 21-year-old women and her 22-year-old husband. The petitioners approached the High Court with a writ petition under Article 226 of the Constitution.

The counsel argued that since the petition relates to the protection of life, the validity of the marriage need not be considered. The counsel relied on the judgement of Division Bench of the High Court in Rajwinder Kaur and another Vs. State of Punjab and others argue that even if the marriage between the parties is invalid, protection of the fundamental rights under Article 21 is to be given.

“The scope of the present petition is only regarding the protection of life and liberty of the petitioners and, therefore, the validity of the marriage cannot be a ground for denial of such protection.”

The court issued direction to the Commissioner of Police, Jalandhar, to look into the petitioner's representation and provide protection if it is found necessary.

However, the court also made it clear that the directions are based on the need for protection of life and liberty and the question of the validity of the marriage is not considered.

The High Court has seen several petitions from couples who had eloped and married seeking protection from their relatives. The court had on previous occasions asked the lower courts to decide on such petitions so as not to burden the High Court. The State has also initiated special mechanisms to ensure that couples are given protection within 48 hours of receiving a complaint.  A dedicated online portal has also been set up for registering complaints.