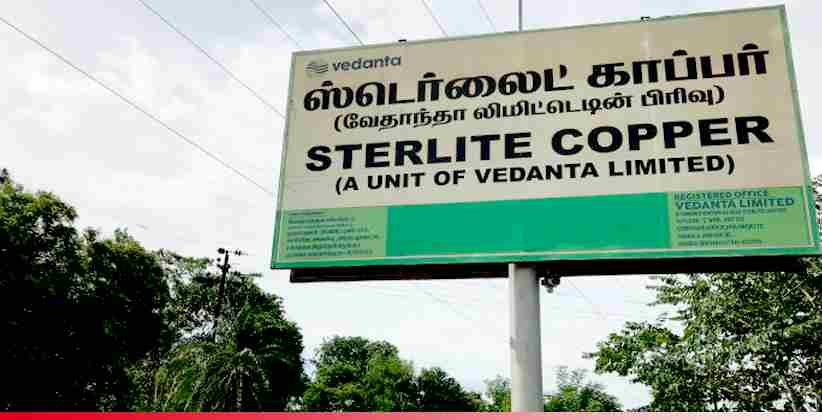 The Apex Court refused the interim plea filed by Vedanta seeking relief to reopen its Sterlite Copper smelting plant at Thoothukudi, Tamil Nadu till the final disposal of the case.

Earlier justices T.S. Sivgnanam and V. Bhavani Subbaroyan of Madras high court passed a lengthy Judgment of 815-page judgment wherein the bench observed that the unit had violated environmental laws. After hearing both parties at length, the judgment was reserved on 8 January 2020 before a division bench of Madras High Court wherein the bench dismissed the 10 writ petitions filed by Vedanta.

Sterlite Copper smelter has been shut since May 2018 on orders of the Tamil Nadu government after mounting protests over the unit’s alleged environmental pollution boiled over into a confrontation between police and protesters.

Vedanta moved the Apex Court by way of appeal aggrieved from the order of Madras high courts for not allowing the mining company to reopen the copper smelter in Thoothukudi.

During the hearing for interim relief, the villagers vehemently opposed the plea for reopening of Sterlite plant even on a trial basis. The villagers claimed that wells in the area have dried up and drinking water has turned poisonous impacting the health of the people.

The argument put forth by the counsel for Vedanta that the opening of the plant was a necessity as it employs 4,000 people and provides benefits to over 20 lakh people.

Further, the counsel for Vedanta added that the high court's order was not based on principles of natural justice. It contended that the HC heard all intervenors but did not provide adequate hearing to the company.

Senior advocate A M Singhvi, appearing for the Vedanta, told the apex court that it is a “case of mala fide closure of the plant” and Vedanta is producing 36 percent of copper demand of the country.

“Allow us to run (the plant) for four weeks and it can be proved whether we are polluting beyond the point,” Singhvi told the bench,

The counsel for Vedanta pointed out that 30 recommendations have been made by the central and state pollution control boards out of which 29 recommendations were complied with and the District Collector had said that emission was within the emissions norms, he further commented that steps were taken as “knee jerk reactions due to some agitation”.

Senior advocate C S Vaidyanathan, appearing for the Tamil Nadu government, said that the plant has been “polluting consistently and it has only worsened after it was allowed to run” by the apex court earlier. Further, he added that “Till such time these findings of the high court on pollution are set aside, it cannot be allowed to run.”

Senior advocate K V Vishwanathan, who also appeared for the state authorities, said Vedanta's plea seeking reopening of the plant has been rejected eight times by the court.

The Apex court after considering arguments for both sides and the situation that has been arisen due to pollution decides not to grant immediate relief to Vedanta.

Burger King to Raise Rs 364.5 Crores from Anchor Investors Ahead of IPO