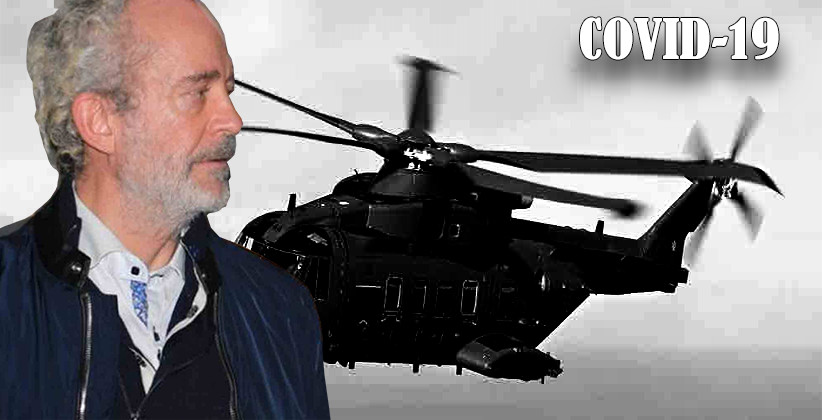 The alleged middleman in Agusta Westland VVIP chopper scam arrested under the cases filed by CBI and ED, Christian Michel James had moved the Delhi High Court on March 26, 2020, Thursday.

He sought for an interim bail due to the outbreak of Coronavirus and citing the risk of contracting the deadly virus inside Tihar Jail. He claimed that his condition concerning his heath isn’t well.

He claimed that there is imminent risk of contracting COVID-19 which will have a lethal impact on his health as he is already suffering from serious pathologies.  The plea submitted before the bench of Delhi High Court mentioned that the agedness and pre-existing ill health will make the body of applicant susceptible to the said infection than any other ordinary person with the normal health condition.

The plea was submitted through Advocates Sriram Parakkat, Vishnu Shankar and Aljo K Joseph pleaded that a person tested positive within the prison will pose a threat to the applicant in consideration with his existing health condition and age.

They referred to the order made by the Supreme Court of India on March 16, 2020, where it was directed to the State Governments and Union Territories in constituting a committee which will consider the releasing of such prisoners from jail as early as possible.

The condition for such release will only be applicable to offences entailing up to seven years term which will support in decongesting jail in the outbreak of Coronavirus.

Further, the plea cited the address of the Prime Minister of India declaring the National wide lockdown for 21 days to control the community spread or Third Stage spread of the virus. Due to his condition, it requires monitoring and treatment along with providing home-like condition where will help him and could efficiently maintain social distancing.

Michel was arrested in the year 2018 and is in judicial custody since 5th January 2019. His regular plea for bail is pending in the High Court of Delhi where CBI and ED have contended that he shouldn’t be granted with relief as he has a connection with influential people and can influence witnesses.

His bail was rejected twice in the trial court which led to submission in the High Court against the decision of the lower court. Moreover, the CBI Court did decide to deny relief by saying that there isn’t sufficient ground in giving the grant to his bail and he is one of the middlemen out of three alleged middlemen in this scam and other two are Guido Haschke and Carlo Gerosa.