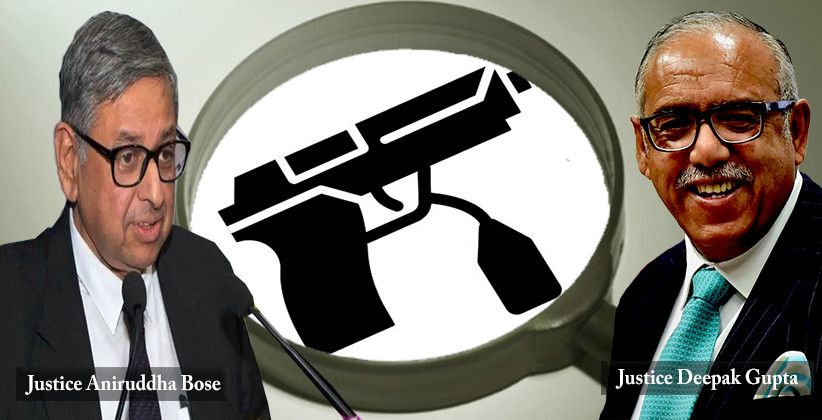 The Supreme Court on September 12, 2019, in the case of Prabhash Kumar Singh v. The State of Bihar has held that the prosecution case will not demolish merely on the ground that the weapon of assault or the bullet was not recovered.

A Division Bench comprising of Justice Deepak Gupta and Justice Aniruddha Bose was hearing an appeal filed by the appellant against the decision of the Jharkhand High Court which had confirmed the order passed by the Trial Court convicting the appellant under Section 302 of the Indian Penal Code, 1860, and sentenced to undergo imprisonment for life.

The main contention raised by the appellant was that the medical evidence is inconclusive to connect killing of the deceased victim with bullet injury. It was contended that the bullet or any part thereof was also not recovered.

The Bench, perusing the evidence on record, observed that there is clear eyewitness account of the incident and none of the two eyewitnesses could be shaken during cross-examination and they had stuck to the recollection of the facts relating to the incident. It also took note that as regards nature of injury, the gun-shot injury being cause of death has been established by the post-mortem report as well as deposition of the autopsy surgeon.

“The mere fact that the weapon of assault or the bullet was not recovered cannot demolish the prosecution case,” the Bench observed while dismissing the appeal.