Home Judiciary When Can A Judge Recuse Himself From A Case, Sikkim HC Explains [Read Judgment]
Judiciary 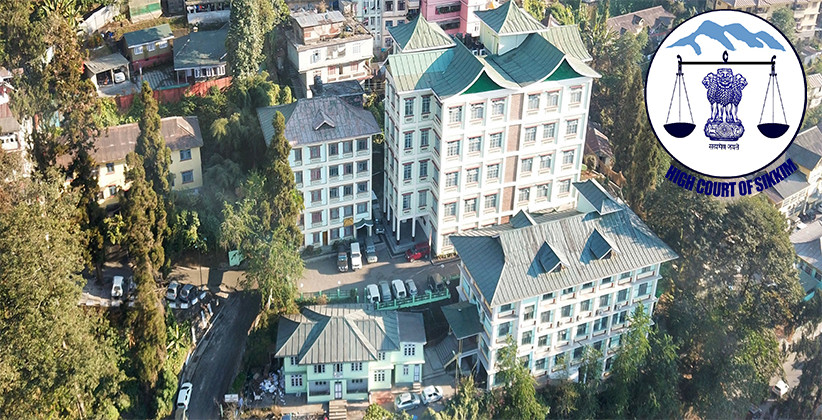 The Sikkim High Court on March 23, 2019, in the case of Mahesh Chettri v. State of Sikkim, observed that it is the duty of a judge to hear every matter placed before him without fear or favour and explained under what circumstances a judge can recuse himself from a case.

Chief Justice Vijai Kumar Bist was hearing an application moved by a District Judge who wanted to recuse from a case on the ground that his father who was an Additional Advocate General, had appeared for the state in respect of the same subject matter.

The learned District Judge had referred the matter to the High Court which registered the reference as a Transfer Petition.

The court noted a Supreme Court judgment in Supreme Court Advocates-On Record Association and Another v. Union of India, wherein it was held that a judge can recuse a matter, if a Judge has a financial interest in the outcome of a case. In such cases, he is automatically disqualified from hearing the case. In cases where the interest of the Judge is other than financial, then the disqualification is not automatic but an enquiry is required where the existence of such an interest disqualifies the Judge tested in the light of either on the principle of “real danger” or “reasonable apprehension”.

Further, the court also took into consideration another judgment of the Supreme Court in Trishala v. M.V. Sundar Raj and Anr., wherein it was held that merely because, whilst at the Bar, the judge was a Standing Counsel for the Municipal Corporation, he was not precluded either in law or on propriety from hearing any case in which a Corporator is a party in his personal capacity.

On the basis of the judgments referred, the court rejected the application of the District Judge and said that “In my view, this cannot be and should not be ground for recusal from the case. The District Judge, at no point of time, was involved in any manner with the case. He himself was not appearing for any of the parties. It was his father who was appearing for the respondent, that too, for the State as State Counsel/Additional Advocate General. In fact, in many cases the Counsel for the State appear on behalf of the State. They do not even remember in which case they appeared for the State. The father of the District Judge appeared in his private capacity and the District Judge had nothing to do with the said case. In some cases it is found that father appears for one party and son appears for opposite party. They appear for the respective parties in their individual capacity. Nothing wrong in it.”

Chief Justice Bist also added that is the duty of a judge to hear every matter placed before him without fear or favour. Explaining the circumstances under which a judge can recuse himself from a case, the Chief Justice said that "A Judge can recuse when he or his family members' interest is involved in the case. He can also recuse when his close relative is a party in the lis. He can recuse from a case where one of the parties is known to him and is closely associated with him. He can also recuse when he had earlier as an Advocate appeared for one of the parties. A Judge can also recuse where he had earlier given legal opinion in the matter or has a financial interest in the litigation." Accordingly, the court rejected the application of the learned District Judge and disposed of the Transfer Petition.