Home Judiciary While SC Orders Centre to Brainstorm on “Serious Issue” of Freebies, AAP Moves SC To Stop Freebies From Being Regulated
Judiciary

While SC Orders Centre to Brainstorm on “Serious Issue” of Freebies, AAP Moves SC To Stop Freebies From Being Regulated 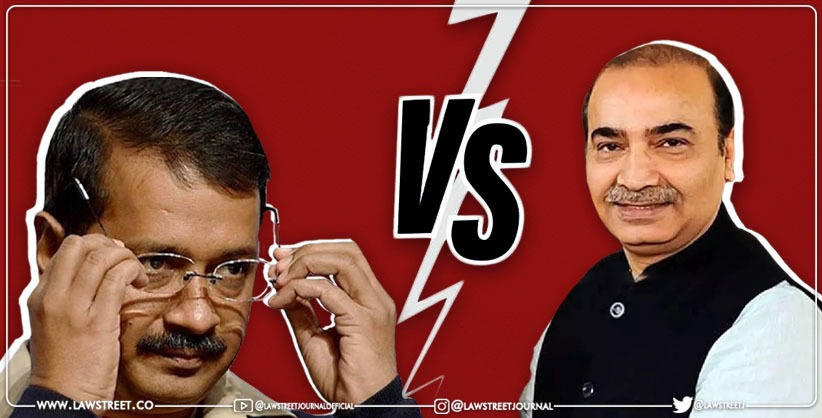 On Advocate Ashwini Upadhyay’s PIL opposing the practice of political parties promising freebies during elections, the Supreme Court had said that while some help to poor is needed but raised serious concerns about the extent of the same and wanted to know the impact of freebies on tax payers and national economy.

A bench comprising Chief Justice N V Ramana and Justices Krishna Murari and Hima Kohli on August 3 hinted at ordering setting up a mechanism for suggesting measures to the government to deal with the issue.

"The Election Commission and the government cannot say that we cannot do anything about this. They have to consider the issue and give suggestions," the Bench had said.

The Centre, through Solicitor General Tushar Mehta, supported the PIL against freebie culture and said, "The freebies distribution inevitably leads to future economic disaster and the voters also cannot exercise their right to choose as an informed, wise decision.”

"We are of the considered opinion that all the stakeholder, beneficiaries... and the government and organisations like Niti Aayog, Finance Commission, RBI and the opposition parties have to be involved in the process of brainstorming and giving some constructive suggestions on these issues. We direct all the parties to make suggestions about the composition of such a body to enable us to pass an order for constitution of the body so that they can make suggestions," the bench said in its order.

The PIL filed by Advocate Ashwini Kumar Upadhyay opposes the practice of political parties promising freebies during elections and seeks the Election Commission to invoke its powers to freeze their election symbols and cancel their registration.

Freebies and populist promises by political parties have an adverse impact on economy and that is what often lead to economic disasters, Solicitor General Tushar Mehta, representing the Central Government told Supreme Court.

Supreme Court heard the plea seeking directions to Election Commission of India (ECI) to not permit political parties to promise or distribute irrational freebies from public fund before elections and de-register political parties or seize election symbol of the parties which do so.

The intervention application filed by Arvind Kejriwal led Aam Aadmi Party, has questioned the bona-fides of Advocate Ashwini Upadhyay. However, it has failed to take into consideration that Ashwini Kumar Upadhyay was one of the Founder of Aam Aadmi Party along with Anna Hazare and also the National Council Member of Aam Aadmi Party and was part of Parivartan, RTI Movement, Legal Cell Head.

While the real founders of AAP like Ashwini Kumar Upadhyay and Anna Hazare are still serving people relentlessly and fighting for peoples’ rights selflessly, the other opportunist members of Aam Aadmi Party seem to be just doing politics.

The Intervention Application has been filed through Advocate Shadan Farasat, on behalf of AAP.