Wife’s Right To File Complaint At Her Place Of Residence Under S. 498, After Leaving Matrimonial Home: Reaffirmed By SC [Read Order] 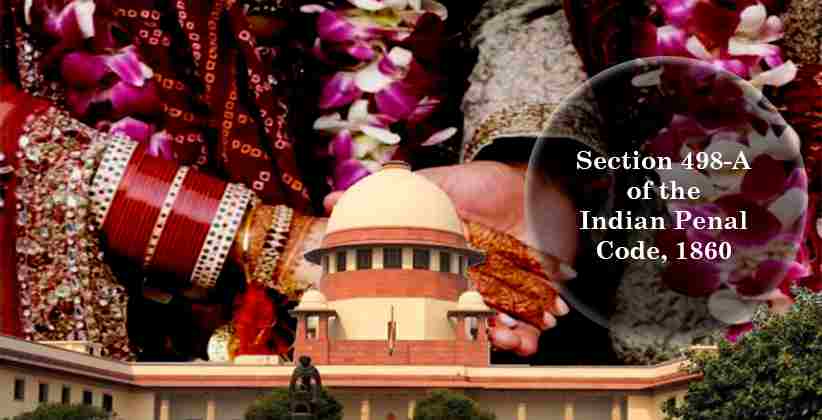 The Supreme Court on January 6, 2020 in the case of Ruhi v. Anees Ahmad and Ors. has reiterated again the well held principle that the Courts at the place where the wife resides after leaving the matrimonial home will have jurisdiction to entertain her complaint under Section 498 A of the Indian Penal Code, 1860 (IPC) which has provision for woman subjected to cruelty by husband or his relatives.

Appellant of the present case had filed complaint in in the Ghaziabad police station (place of her parents). But it was transferred to the Delhi police station after she settled in Delhi and FIR was lodged in Delhi under Sections 498A, 406and 34 of the IPC and under Section 4 of the Dowry Prohibition Act, 1961. Respondent approached the High Court to quash the FIR. The HC refused to quash the FIR but came to conclusion that the place of occurrence of crime was Meerut and hence transferred the FIR from Delhi to Meerut, UP where the matrimonial home of the couple is situated. After that charge sheet was filed at Meerut. Aggrieved by the decision of HC appellant had approached the SC.

Counsel appearing for the Appellant heavily relied on the judgement of the SC in the case of Rupali Devi v. State of Uttar Pradesh [2019 (5) SCC 384]. In that case the Court had held that it is not necessary that a complaint should be filed only at the place of the matrimonial home. Even the Courts at the place where the wife resides after leaving the matrimonial home will have jurisdiction to entertain a complaint under Section 498 A of the Indian Penal Code.

Counsel of the Respondent argued that offence if any was committed at Meerut, UP. But the Court rejected the arguments of the respondent and concluded that the pertinent question of law is already settled in the case of Rupali Devi.

The Court then ordered to transfer the charge sheet from Meerut to Delhi and asked the Delhi Police to carry out prosecution.