Home Judiciary Woman Accused Of An Offence Is Not Entitled To Bail Solely On The Basis Of Her Womanhood: Himachal Pradesh HC
Judiciary

Woman Accused Of An Offence Is Not Entitled To Bail Solely On The Basis Of Her Womanhood: Himachal Pradesh HC 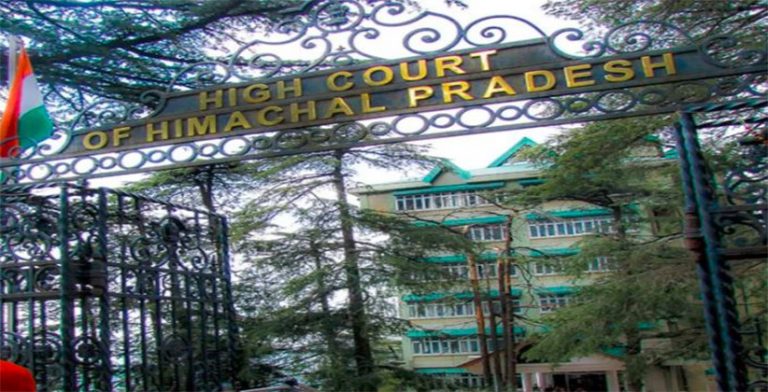 The Himachal Pradesh High Court on March 8, 2019, in the case of Sushma Rani v. State of Himachal Pradesh has observed that a woman accused of an offence is not entitled to bail solely on the basis of her womanhood.

Justice Vivek Singh Thakur was hearing a petition filed by Sushma Rani under Section 439 of the Code of Criminal Procedure, 1973, for grant of bail in the case registered against her under Section 302, 120-B and 34 of the Indian Penal Code, 1860, for being accused of murdering her husband.

The learned counsel appearing for the petitioner submitted before the court that the petitioner is a woman of young age of 26 years and keeping in view the principles incorporated under Section 437 of the Criminal Procedure Code, 1973, she is entitled to be treated differently and deserves to be enlarged on bail. It was submitted that she is behind the jail since 20th July, 2016 and now, majority of witnesses have been examined.

In this regard, the court said that "There is no quarrel with the ratio of law discussed in Nirmala Devi and Rita Devi's cases (supra), but such principles are to be applied by considering the facts and circumstances of each and every case which normally are not identical in two different criminal cases."

The court agreed with observations of Additional Sessions Judge who had denied bail to the petitioner saying that Section 437 Cr.P.C. does not directs that in each and every case of woman, accused in a case for commission of offence punishable with death or imprisonment with life, is entitled for bail in any facts and circumstances of the case.

Further, it was also observed that Section 437 and 439 of Cr.P.C., can also be taken into consideration at the time of considering the bail under Section 439 Cr.P.C.

The court said that "In fact, Section 437 Cr.P.C. refrains the Courts other than the High Court or Court of Session, from releasing a person accused of, or suspect of the commission of any non bailable offence, who, is arrested or detained without warrant, or appears, or is brought before such Court and there appears reasonable ground for believing that he is guilty of an offence punishable with death, or imprisonment, for life. However, an exception has been carved out enabling such Court to release such a person on bail, in case such person is under the age of 16 years, or is a woman, or is sick, or infirm, with further provision that no such person shall be released without giving an opportunity of hearing to the Public Prosecutor, which means that the persons under the age of 16 years, or woman, or sick, or infirm, are not to be released in all cases, but after considering the facts and circumstances brought in the notice of the Court by the Public Prosecutor. Therefore, solely on the ground that the petitioner is a woman, she is not entitled for bail."

The court, taking into consideration the facts and circumstances of the present case, held that the petitioner is entitled to bail saying that "It is true that the marriage of petitioner and deceased Sohan Singh was solemnized in April, 2016 and he was murdered in July, 2016 and relation of husband and wife are based on faith upon each other and after parents, it is only the spouse with whom one feels utmost security and breach of such faith is definitely a heinous crime that too, to the extent of causing murder of spouse. But at the same time, it is also fact that this allegation is subject to scrutiny of prosecution evidence on record and under trial detention should not be used as conviction before the trial. Keeping in view entire facts and circumstances and evidence connecting the petitioner with commission of offence, which are yet to be established by the prosecution, coupled with the fact that she is a woman of young age, she can be treated differently from the co-accused Rajesh Kumar."