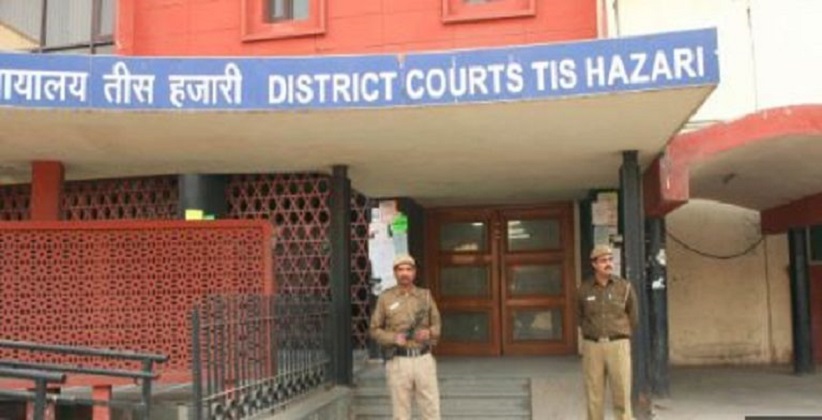 During a court session on Thursday (June 28th, 2018) at the Tis Hazari Court, a man namely Narendra Saini in a drunken state attacked his ex-wife Bimpi Saini. She divorced him because of his abusive and alcoholic nature in December 2016 through counsel, Nidhi Banga.

The current session was to contradict the child visitation rights which was given to her ex-husband Narendra Saini.

When the victim visited court number 8, family court, Tis Hazari to fight against the visitation rights, the accused entered the court premises around 2:30 PM with a sharp knife and attacked her, inflicting major injuries on her face, neck, and cheek. The whole incident took place inside the courtroom in the presence of Counsel Govil Upadhyay.

The Accused did not even spare his own child, Rudra Saini aged ten years, caused him a deep cut and left his child screaming and crying in pain. Aditya Saini, his other child who is also a minor, was left unharmed.

As the accused had a habit of being abusive and alcoholic, it is being speculated that he came to the court in an inebriated condition. In his drunken state, he could have inflicted harm on many other people including the judge.

This case has opened a significant matter of concern for the security arrangements inside the Tis Hazari Court, Delhi and also raised a huge question to the security of the lives of litigants, advocates, and the Judges.