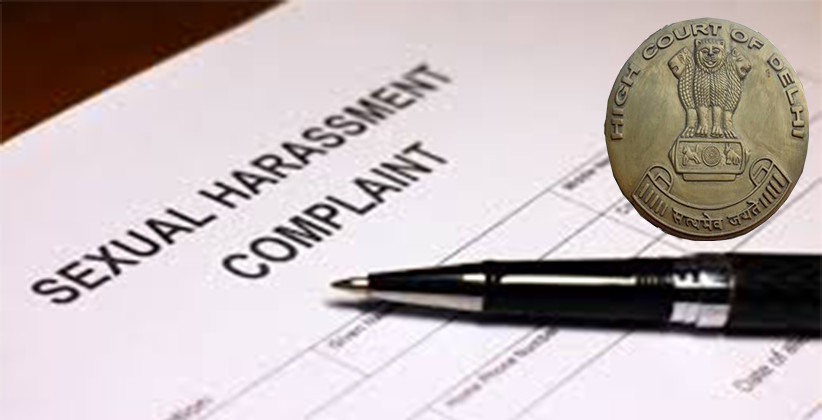 The Delhi High Court on July 9, 2019, in the case of Anita Suresh v. Union of India has imposed costs of Rs. 50,000 on a petitioner for filing a false sexual harassment complaint against a fellow employee.

The fine was imposed by JusticeJ.R. Midha while hearing a petition filed by Anita Suresh challenging an order passed by the Internal Complaints Committee (ICC).

In her petition, the petitioner sought a direction to the employer ESI Corporation, to withhold the retirement benefits of the respondent, to initiate independent departmental enquiry against him and also to prosecute him.

The petitioner was working as an Assistant Director with ESI Corporation in Manesar, Gurgaon. In July 2011, she made a written complaint to the Director General of ESI Corporation alleging sexual harassment by the respondent.

She argued that the transfer of both the parties to different places was thus not a justified penalty.

To adjudicate the matter, the court directed the employer to produce the original relevant records in the matter.

The court noted that before the Committee, the petitioner could not recollect the names of any of the persons who were allegedly present at the time of the incident despite being shown the relevant papers relating to the staff members present on that day.

Further, the court recorded that when Committee examined one Rashmi Kapoor who knew about the incident, she stated that she was not present at the time of the incident. She submitted that the petitioner told her that respondent made two inappropriate comments against her. The two comments were, however, not stated by the petitioner in her statement to the Committee.

Several other employees were examined by the Committee, but the allegations were not made out.

The respondent had deposed that the petitioner made the complaint against him due to a grudge which was the result of certain official work disposed of by him in petitioner’s absence.

The court also took note of certain incidents indicating that the petitioner did not have a clean service record.

Thus, finding no merit in the challenge, the court dismissed the petition with costs of Rs. 50,000 to be deposited by the petitioner with the Delhi High Court Advocates Welfare Trust.

The court also granted liberty to the employer to initiate appropriate action against the petitioner for filing a false complaint against the respondent in accordance with law.