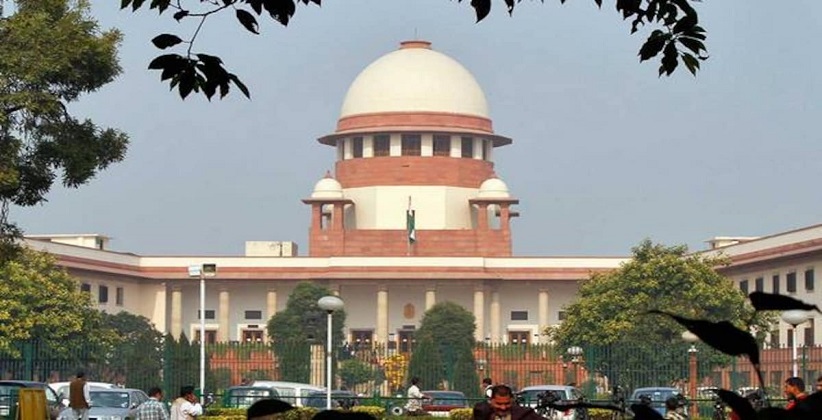 Judiciary Aug 10, 2020 Ayushi Wargantiwar ( Editor: Ekta Joshi ) 13 Shares
13 Shares
In a civil appeal no. 6156/2013, Supreme court delivered a judgment on Friday ( August 7, 2020) and observed that "The High Courts exercising their jurisdiction under Article 226 of the Constitution of India, not only have the power to issue a Writ of Mandamus or in the nature of Mandamus, but are duty-bound to exercise such power, where the Government or public authority has failed to exercise or has wrongly exercised discretion conferred upon it by a Statute, or a rule, or a policy decision of the Government or has exercised such discretion malafide, or on irrelevant consideration. In all such cases, the High Court must issue a Writ of Mandamus and give directions to compel performance in an appropriate and lawful manner of the discretion conferred upon the Government or a public authority."

The dispute, in this case, is related to a private road. The trust filed an application with state government and requested to correct the wrong entry which was in the name of Pune Municipal Corporation (PMC), but Urban Development Department rejected the application. Then a writ petition was filed at HC challenging the order passed by the Urban Development Department and held that the private land in question had vested under section 88 of Regional and Town planning act. After which the appeal has been filed at SC and it dismissed the order of HC and observed that the land in question does not at any point in time belong to PMC. It further observed that "The Court is duty-bound to issue a writ of Mandamus for enforcement of public duty. There can be no doubt that an important requisite for the issue of Mandamus is that Mandamus lies to enforce a legal duty. This duty must be shown to exist towards the applicant. A statutory duty must exist before it can be enforced through Mandamus. Unless a statutory duty or right can be read in the provision, Mandamus cannot be issued to enforce the same." Further also added, "The High Court is not deprived of its jurisdiction to entertain a petition under Article 226 merely because in considering the petitioner's right to relief questions of fact may fall to be determined. In a petition under Article 226, the High Court has jurisdiction to try issues both of fact and law. Exercise of the jurisdiction is, it is true, discretionary, but the discretion must be exercised on sound judicial principles.".

In appropriate cases, the court must avoid the injustice to the parties and pass an order appropriately if any government authority is not performing its duties.   [READ JUDGMENT]