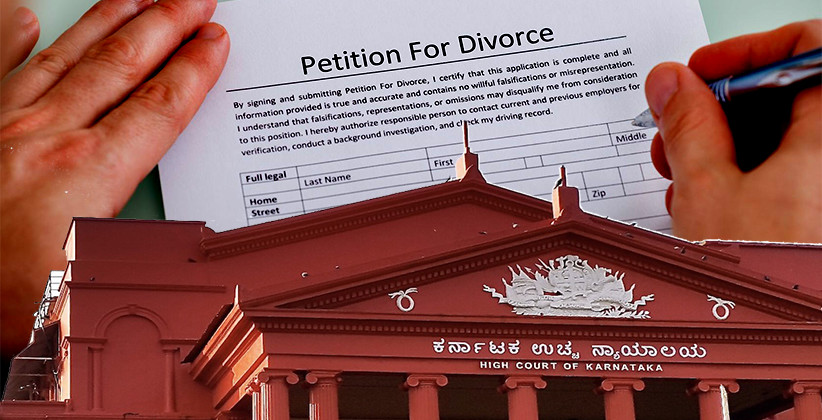 The Karnataka High Court on August 29, 2019, in the case of Smt. Renu v. Kamalesh has set aside a decree of divorce granted ex-parte to the husband and remanded the matter back to the Family Court for fresh consideration.

The judgment was passed by a Division Bench comprising of Justice S.N. Satyanarayana and Justice P.G.M. Patil after noting that the husband gave wrong address details of the wife in the divorce petition so that she could not be called upon to file her reply.

The wife moved the High Court after the Principal Judge, Family Court, Hubballi, allowed the Husband’s petition filed under Section 13(1)(ia) and (ib) of the Hindu Marriage Act, 1955.

The wife argued before the High Court that "Since the appellant's parental house is in Shironi of Rajasthan State, she went there and there she has filed a petition ….seeking restitution of conjugal rights with her husband. It is after filing of the said petition, she came to know that her husband had secured decree of divorce…"

It was further argued that "She secured certified copy of the judgment in the said proceedings and came to know that the husband had filed the matrimonial case by giving wrong address where the place 'Sirohi', where the appellant is residing, is wrongly shown as 'Shironi' and subsequently got the notice endorsed as 'refused' and got the matrimonial case filed by him disposed off on merits…"

The Bench observed: “All these things would clearly indicate that the entire proceeding before the Family Court at Hubballi was orchestrated in such a way to defeat the legitimate right of Smt. Renu and also maintenance of minor child Kushal born in wedlock to the appellant and the respondent. It is also seen that the decree of divorce is granted without appreciating the material on record and also by not following the statutory provisions which are required to be seen by the Court below while considering the grant of decree of divorce. Hence, the same is required to be set aside."

Accordingly, the court allowed the appeal and remanded the matter back to the Family Court for fresh consideration.

Supreme Court To Examine Whether Muslim Minor Girl Can Marry On Attaining Puberty?