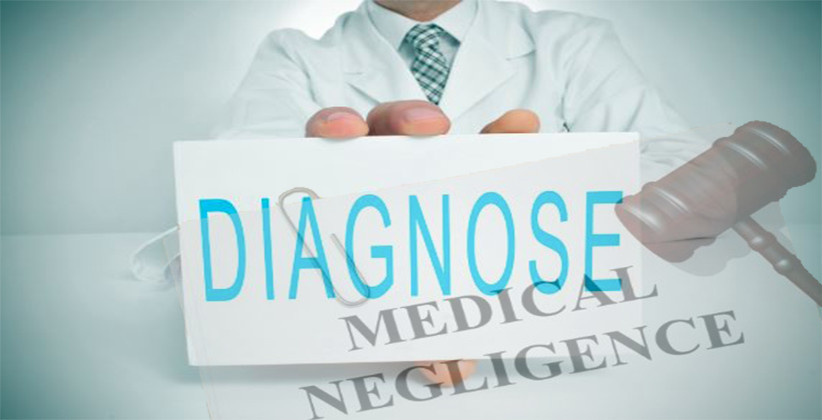 The Supreme Court on February 25, 2019, in the case of Vinod Jain v. Santokba Durlabhji Memorial Hospital & Anr., has dismissed an appeal by holding that the case in hand is of wrong diagnosis and does not amount to medical negligence.

A Bench comprising of Justice L. Nageswara Rao and Justice Sanjay Kishan Kaul was hearing an appeal filed by a man against an order passed by the National Consumer Disputes Redressal Commission (NCDRC) which had dismissed his complaint alleging medical negligence on the part of a hospital in the death of his wife.

The appellant moved the State Commission by seeking to make out a case of medical negligence on the basis of the following: - (a) inappropriate and ineffective medication; (b) failure to restart the cannula for IV medication; (c) premature discharge of the deceased despite her condition warranting treatment in the ICU; (d) oral administration of Polypod antibiotic, despite her critical condition, which actually required intravenous administration of the medicine. The State commission allowed his complaint and directed the respondent hospital to pay the appellant compensation of Rs 15 lakh and costs of Rs 51,000/-.

The Bench, while considering the appeal referred to various judgments in which legal principles were laid down dealing with medical negligence. In the case of Bolam v. Friern Hospital Management Committee it was observed that a fundamental aspect, which has to be kept in mind is that a doctor cannot be said to be negligent if he is acting in accordance with a practice accepted as proper by a reasonable body of medical men skilled in that particular art, merely because there is a body of such opinion that takes a contrary view.

The Bench observed that "The explanation offered by respondent No.2-Doctor was that when he attended the patient at 11:00 a.m. on 16.10.2011, he found that the drip 10 had been disconnected, on account of all peripheral veins being blocked due to past chemotherapies, and that the drip had been stopped, the night before itself, at the instance of the appellant. Taking into consideration the fact that the patient was normal, afebrile, well-hydrated and displayed normal vitals, the oral administration of the tablet was prescribed. This, according to the NCDRC was the professional and medical assessment by respondent No.2-Doctor, arrived at on the basis of a medical condition of the patient, and could not constitute medical negligence."

Further, the Bench finding no reason to differ from the view expressed by the NCDRC observed that "In the perception of the doctor, the increase in lymphocytes in the blood count was the result of the patient displaying an improved immune response to the infection. It is in this context that the NCDRC opined that at best, it could be categorised as a possible case of wrong diagnosis... In our opinion the approach adopted by the NCDRC cannot be said to be faulty, while dealing with the role of the State Commission, which granted damages on a premise that respondent No.2-Doctor could have pursued an alternative mode of treatment. Such a course of action, as a super-appellate medical authority, could not have been performed by the State Commission. There was no evidence to show any unexplained deviation from standard protocol."

With this view, the Bench dismissed the appeal while stating that “We appreciate the pain of the appellant, but then, that by itself cannot be a cause for awarding damages for the passing away of his wife. We have sympathy for the appellant, but sympathy cannot translate into a legal remedy.”